Mumbai city reported an increase of 393 Covid-19 cases on Tuesday, taking its tally to 6,169 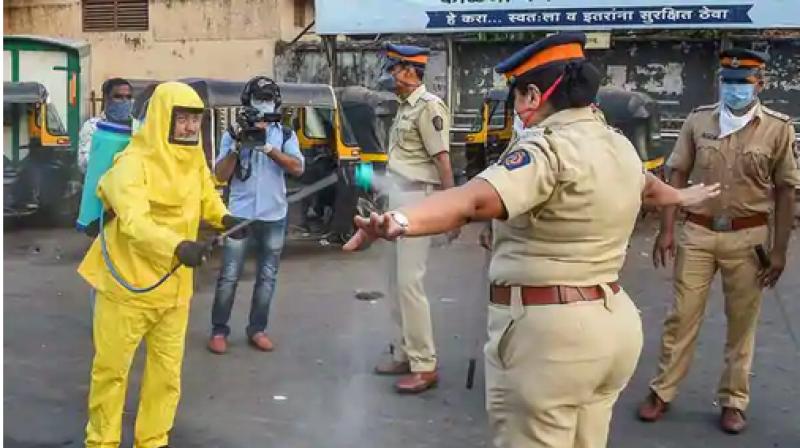 The state also reported 31 more deaths due to the disease, raising the toll to 400, he said.

Mumbai city reported an increase of 393 COVID-19 cases on Tuesday, taking its tally to 6,169. The state capital has reported deaths of 244 patients so far.

The Thane division, which includes Mumbai and surrounding areas, has so far reported 7,223 cases and 263 deaths.

The Kolhapur division, that covers Western Maharashtra and Konkan, has till now reported 48 coronavirus cases and two deaths, followed by Nashik division where there have been 313 cases and 27 deaths so far, the health official said.

The Aurangabad division in central Maharashtra has reported 108 cases of COVID-19 along with six deaths, while Latur division has reported 19 cases and one death so far.

There are 155 cases in Akola division and nine deaths while there are 139 cases and one death in Nagpur division.

The number of COVID-19 patients from other states who are receiving treatment in Maharashtra is 25 while two have succumbed to coronavirus infection, the official said.

Though the state reported 31 deaths on Tuesday, the health official maintained that some of the deaths took place between April 20 and 27, but were cumulatively mentioned in Tuesday's report.

"Out of 31 latest deaths in the state, 25 were reported from Mumbai city, four from Jalgaon and two from Pune city," he said.

Besides, 1,388 patients were discharged from hospitals after recovery.

The official also informed that 1,55,170 people were placed in home quarantine and 9,917 in institutional quarantine.

There are 664 active containment zones in the state, he said, adding that 9,361 official squads have so far completed surveillance of 38.30 lakh people.