India   All India  29 May 2017  10 SIMI operatives shifted to Bhopal jail from Indore due to security reasons
India, All India

These SIMI activists were arrested from Indore on the intervening night of May 26-27, 2008. 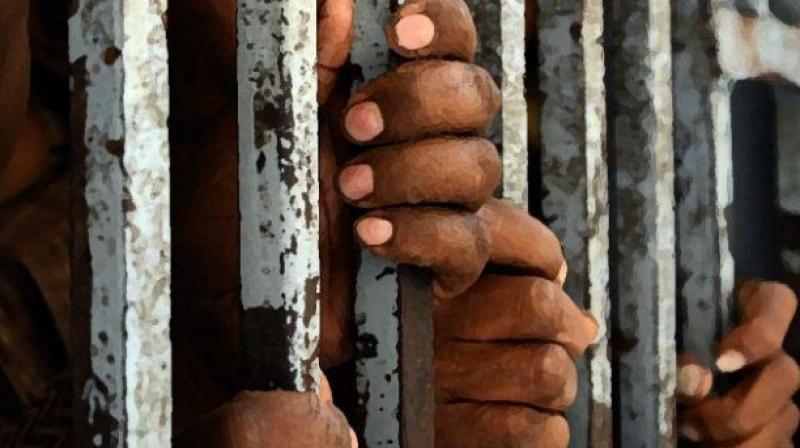 “Ten operatives of banned SIMI reached here at around 2 pm under heavy police protection. These operatives were brought here from Indore jail,” an official told PTI on Sunday.

He said these SIMI operatives were shifted to Bhopal due to security reasons. In February this year, a special court in Indore had awarded life imprisonment to SIMI chief Safdar Hussain Nagori and his accomplices after convicting them in a 2008 sedition case.

These operatives were found guilty under IPC sections 124(A) (sedition) and 153(A) (promoting enmity between different groups on grounds of religion) and under relevant provisions of the Unlawful Activities (Prevention) Act.

These SIMI activists were arrested from Indore on the intervening night of May 26-27, 2008. Pistols, cartridges, veils and inflammatory literature were seized from them.

On their information, a large amount of explosive material was also recovered. The security at the Bhopal jail has been stepped up after eight SIMI operatives managed to escape on the intervening night of October 30-31, 2016 by killing a security guard and scaling the prison wall with the help of bedsheets.

However, within hours of their escape, they were killed on the city outskirts at Malikheda in an encounter.