India   All India  29 May 2017  3 Congress youth workers suspended over public butchering of calf in Kerala
India, All India

The action came a day after party vice president Rahul Gandhi condemned the public slaughter of the animal. 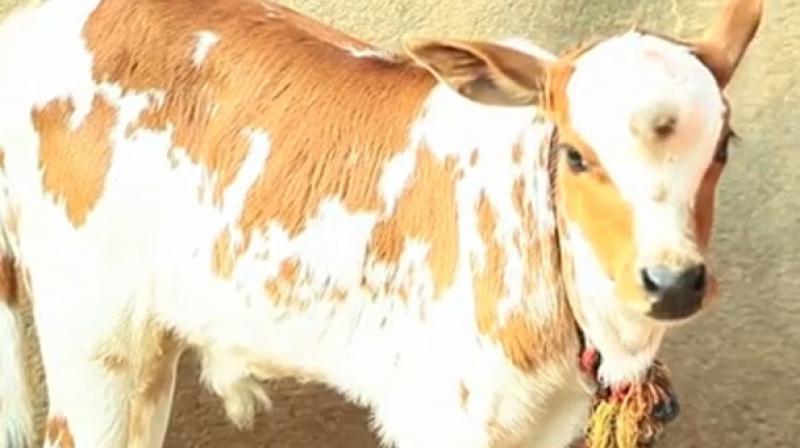 Thiruvananthapuram: Three Youth Congress activists were suspended on Sunday in connection with the public butchering of a calf in Kannur district as part of a protest
against the Centre's ban on sale of cattle for slaughter.

YC Kannur district president Rijil Makkutty and activists Joshi Kandathil and Sharafuddin were suspended both from the YC and the Congress, party sources here said.

The action came a day after party vice president Rahul Gandhi condemned the public slaughter of the animal.

Kerala Pradesh Congress Committee president M M Hassan said here that the action had dented the Youth Congress' protest and the activists were suspended from the party.

"The public slaughter of the calf by the YC activists is against the Congress' culture. The party condemns the incident," Hassan told reporters here.

Triggering a widespread row, the Youth Congress workers had allegedly butchered the 18-month-old animal in full public view in an open vehicle two days ago and raised slogans against the Centre's decision to ban sale of cattle for slaughter.

The meat was later distributed free of cost to onlookers.

Cutting across party barriers, a number of political leaders and cultural activists had come out against the gory protest.

On the basis of a complaint from a Yuva Morcha worker, the police registered a case against the YC activists under Section 120 A of the Kerala Police Act.

The offence deals with slaughter of any animal in a way that causes annoyance or inconvenience to the public and is punishable with imprisonment up to one year or a fine of up to Rs 5,000 or both.

Hassan also demanded that the government convene a special Assembly session and formulate a new legislation to overcome the Union government's notification.

Congress workers would stage a protest march before the Raj Bhavan here on June 1, demanding withdrawal of the Centre's notification, he said.

The KPCC president also alleged that the Centre was trying to snatch away the fundamental rights of the people to eat food of their choice through its latest decision.