Saini narrated an episode where he talked about how he had threatened the police to retrieve a party worker's car. 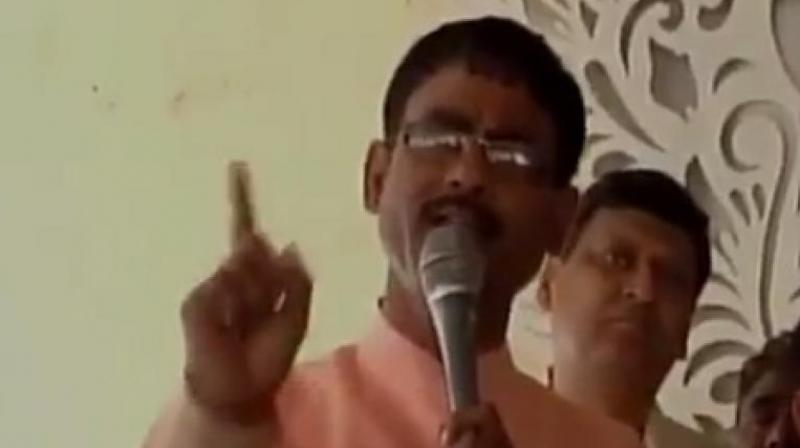 Muzaffarnagar: A video of Bharatiya Janata Party (BJP) MLA from Muzaffarnagar Vikram Saini has surfaced which shows him bragging about threatening police personnel and officials.

Addressing a public gathering on Sunday, Saini narrated an episode where he talked about how he had threatened the police to retrieve a party worker's car.

The legislator, instead of appealing to the people to follow rules, bragged about how he used his power to get a traffic challan cancelled.

The Khatauli MLA said he told a police officer, "This is not your uncle's government, so stay within your limits."

"This has never happened so far that I ordered the police not to issue challan and he didn't follow it."

This is not the first time when the MLA triggered stir for his controversial remark.

The BJP MLA had earlier said that he would break the limbs of those disrespecting and killing cows.

He has also been accused of making inflammatory remarks during the Muzaffarnagar riots and was jailed for it.