In the class X examination, the pass percentage of girls is 99.03 per cent and that of the boys stands at 98.13 per cent. 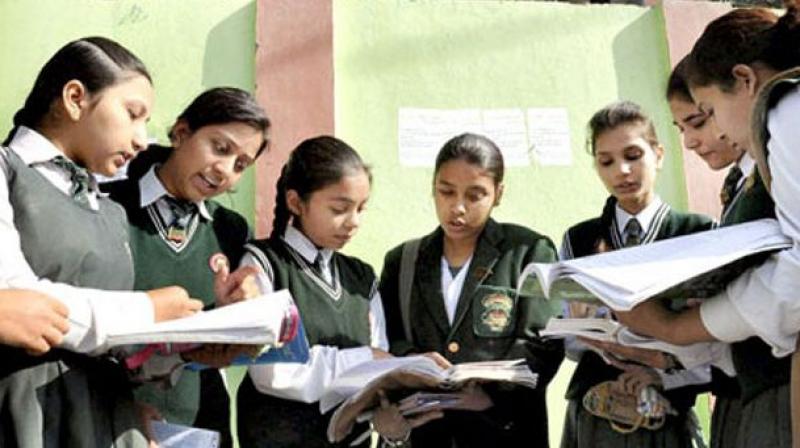 New Delhi: The Council for the Indian School Certificate Examination (CISCE) on Monday declared results for both class XII and class X, with girls once again outshining boys. Class XII saw a pass percentage of 96.47, while 98.53 per cent students passed class X.

Kolkata Girl Ananya Maity has emerged as the class XII all India topper with 99.5 per cent. Pune's Muskan Abdulla Pathan and Bengaluru's Ashwin Rao have jointly topped the class X exams with 99.4 per cent each. ICSE (Class X) and ISC (Class XII) Examination, 2017, showed a marginal increase in pass percentages over the previous year's results, said Gerry Arathoon, CEO of the Council.

In the class X examination, the pass percentage of girls is 99.03 per cent and that of the boys stands at 98.13 per cent.

A total of 1,75,299 students from 2,106 schools had appeared for the class X examination which was conducted in 57 written subjects of which 22 are Indian languages, 9 foreign langauges and one classical language.

The second rank in class X exams has been jointly shared by Mumbai's Farzan Hoshi Bharucha and Pargana's Debasree Pal with 99.2 per cent, while the third rank was bagged by Kerala's Meenakshi S and Pune's Raghav Singhal with 99 per cent marks.

Candidates can see their results by selecting their course code (ICSE or ISC), entering their unique ID and the Captcha and then clicking on the "show result" button. A printout of the result can also be taken.

Students can also get their results through SMS. Students should send 'ICSE' or 'ISC' followed by the seven digits unique ID to 09248082883. Schools can access the results by logging into the career portal and using the principal's login and password.

For the first time, the board has also made available a 'DigiLocker' facility using which the students will be able to get digitally signed statement of marks and certificates.