India   All India  29 May 2017  Red beacon ban: Mamata slams Govt, says will not accept any law put forth by Centre
India, All India

Red beacon ban: Mamata slams Govt, says will not accept any law put forth by Centre

Further slamming the government, the Chief Minister stated that the Centre does not have to interfere with the state authorities. 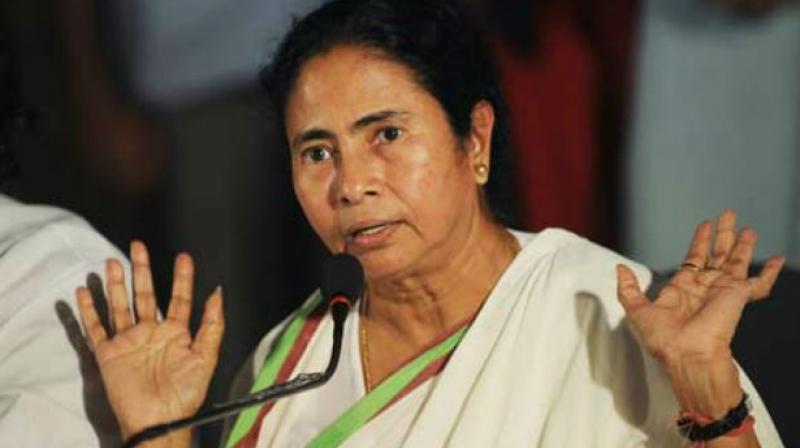 Kolkata: After the Bharatiya Janata Party (BJP) strongly objected to the use of red beacon by West Bengal Public Works Department (PWD) Minister Arup Biswas despite the Centre's ban on it, West Bengal Chief Minister Mamata Banerjee on Monday lashed out at the government for the first time asserting that neither they are accepting the law nor are bound to abide by the rule.

"We are not going to accept any law or amendment put forward by the Centre. With these laws, there are trying to interfere with the state power and authorities. None of our ministers and me as well don't use the red or blue beacon in the state. If ever needed on the National highway then they have taken written permission from me at least for 10 days. We are neither accepting nor we are bound to abide by this rule," Banerjee told reporters at a press meet.

Further slamming the government, the Chief Minister stated that the Centre does not have to interfere with the state authorities.

"We know when to amend the law and when not; also whom to allow and whom not is well decided by the state authority. The Centre does not have to interfere," Banerjee said.

Biswas yesterday stated that the Centre has allowed emergency vehicles on duty for maintaining law and order, including those of the police, defence and paramilitary forces, to use multi-coloured red beacon lights having red, blue and white colours.

Seeking to end the VIP culture, the Union Cabinet last month decided that beacon lights will be removed from all vehicles from May 1, except emergency vehicles, like ambulances and fire brigade.

The notification issued in pursuance of powers conferred on the Central Government under sub-rule 4 of rule 108 of the Central Motor Vehicles Rules, 1989 said that the multi-coloured light shall not be put to use when the vehicle is not on the designated duty.

The notification mentioned that every year, the transport department of the state or union territory administration, as the case may be, shall issue a public notice bringing to the notice of the general public the list of authorities to whom the permission to use the vehicles specified.

The ban applies to union ministers, chief ministers, state cabinet ministers, bureaucrats and judges of the High Court and Supreme Court while President, Vice President, Prime Minister, Chief Justice of India and the Lok Sabha Speaker are exempted from the ban.