The poll panel also rejected reports that polling was cancelled in 35 booths in Bhandara-Gondiya LS constituency in Maharashtra. 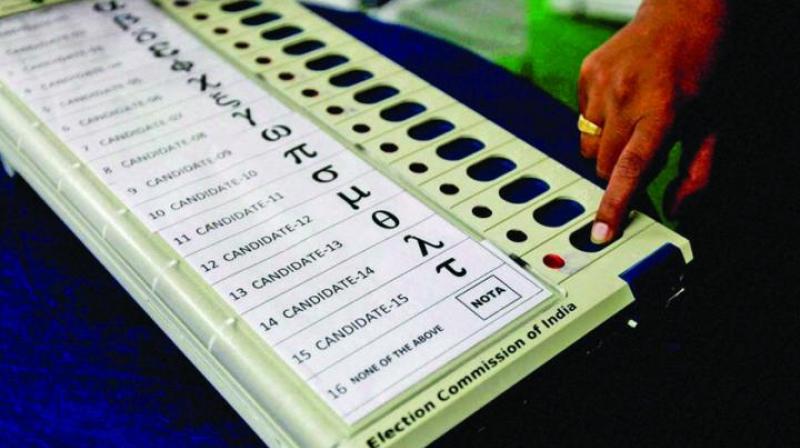 New Delhi: The Election Commission of India on Monday termed as “exaggerated projection of reality” reports of “large scale” failure of EVMs during Lok Sabha and Assembly bypolls in Uttar Pradesh and Maharashtra. Amid reports of faulty EVMs from various polling stations, the commission came out with a statement to deny that the failure of the voting machines was unusual.

It said the reserve EVMs/VVPATs are kept with sector officers, who replace the defective EVMs/VVPATs. Since each sector officer is entrusted with only 10-12 polling stations, the time taken to replace any EVM/VVPAT is normally less than 30 minutes.  “The replacement of defective EVMs/VVPATs during actual polls is a normal process and does not vitiate the integrity or credibility of the poll process in any way whatsoever,” the statement read. The poll panel also rejected reports that polling was cancelled in 35 booths in Bhandara-Gondiya LS constituency in Maharashtra.

“Also, the reports emerging in some quarters about EVMs/VVPATs failing in 25 per cent polling booths in the same constituency are also incorrect. It is clarified  that voting has not been cancelled in any polling station in Bhandara-Gondiya constituency,” it said.