India   All India  29 Jun 2019  Bullet train station in Thane to be reworked to save mangroves: Authority
India, All India

Bullet train station in Thane to be reworked to save mangroves: Authority 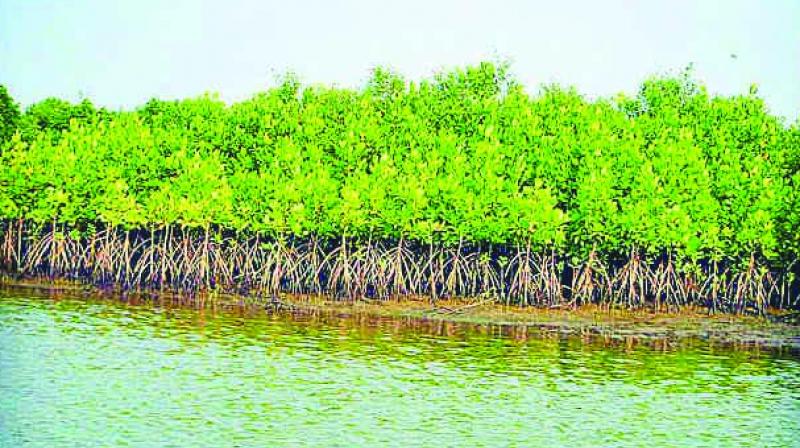 The Environment Ministry had put a condition that the Thane station design be reviewed so that the affected mangrove region can be reduced. (Representational Image)

New Delhi: NHSRCL, the implementing agency of the Railways bullet train project, said on Saturday that they have reworked the design of the station in Thane, Maharashtra, to reduce the number of affected mangroves from the estimated 53,000 to 32,044.

National High Speed Rail Corporation Limited (NHRSCL) MD Achal Khare said in a statement that all the required wildlife, forest and CRZ clearance has been taken. He said the forest clearance came with a few conditions. The Environment Ministry had put a condition that the Thane station design be reviewed so that the affected mangrove region can be reduced.

"That without changing the location of Thane station, in what all ways can we reduce the Mangrove region - this is what we discussed that design with Japanese engineers and modified it accordingly," Khare said.

"Passenger areas like the parking area and passenger handling area have now been moved out of the mangrove region. The location of station is the same but after redesigning it, earlier 12 hector mangrove region was getting affected in Thane, but now only three hector will get affected. So this way, we have reduced around 21,000 mangroves and now only 32,044 mangroves will get affected from the entire project. Earlier there were around 53,000 mangroves getting affected," he said.

Khare further said that the NHSRCL will get the mangroves affected by the bullet train project compensated at the rate of 1:5, by depositing money into mangroves cell, which will do the compensatory afforestation.

Earlier, Maharashtra Transport Minister Diwakar Raote had said on Monday in a reply to a question in the state Legislative Council that as many as 54,000 mangroves spread over 13.36 hectares will be affected because of the Mumbai-Ahmedabad High Speed Rail Corridor.