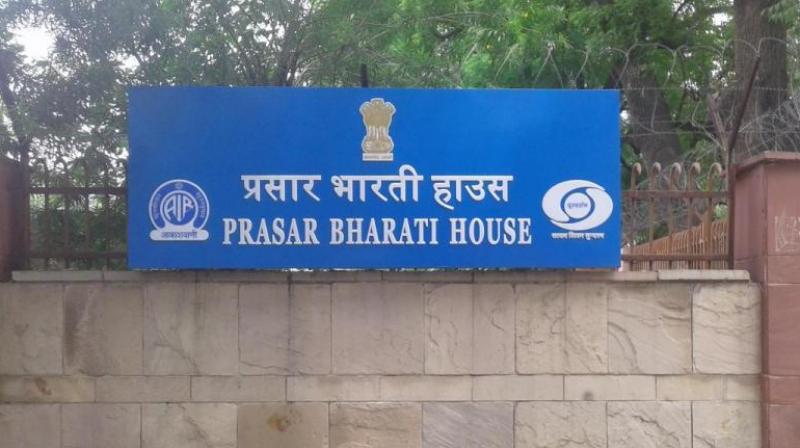 Hyderabad: State broadcaster Prasar Bharati has threatened to cancel its subscription to the Press Trust of India (PTI) over the news agency's recent interview with China's ambassador to India, who said India was the aggressor in the June 15 skirmish in Galwan Valley, The Print reported.

The state broadcaster, an autonomous body under the Ministry of Information and Broadcasting, has written a letter to PTI accusing it of undermining India’s “territorial integrity” by dispensing news that is “detrimental to national interest”.

In the interview published on Friday, the Chinese ambassador Sun Weidong was quoted as saying “The onus is not on China. The Indian side crossed the LAC (Line of Actual Control) for provocating and attacking the Chinese troops. The Indian forces seriously violated agreements on border issues between the two countries.”

However, PTI had emphasised that Sun’s opinion is similar to China’s stand on its border clash with India, which India has rejected already.

But when the ambassador shared this interview in the official website of the Chinese Embassy in India, it only had parts of the interview where the ambassador explains why the fault lies on the Indian

The Print's sources in PTI confirmed that a letter was received on Saturday, a day after the Chinese Ambassador’s interview was published by PTI and shared by various news platforms.

“We have received a letter from Prasar Bharati this afternoon (Saturday). We are examining it and will respond in due course with the facts,” the source reportedly said.

The news agency is a non-profit trust managed by a Board consisting of owners/proprietors of newspaper groups. Its subscribers include most of the country’s state-and privately-owned news media, government departments, corporate houses, and universities, as per PTI website.

PTI, as told to The Print, described Prasar Bharati’s response as “unwarranted, unjustified and unfair”. “It is clear that the one-sided criticism of the PTI interview has been generated by a truncated version put out by the Chinese Embassy,” it added. Prasar Bharati, that runs Doordarshan and All India Radio, is PTI’s largest subscriber and pays it around 9.5 crores per annum.

The Print’s article also reports that a senior Prasar Bharati official had cited past instances when PTI committed several other “editorial lapses”, and that Prasar Bharati had flagged the propagation of “wrong news” that harmed the public interest.

“There have been several instances over the years. Some have been highlighted in the meetings,” the officer said.

The Wire’s editor-in-chief Siddharth Varadarajan also points out an earlier tweet by PTI that may or may not have added to the feud.

The tweet quotes Vikram Misri, the Indian ambassador in Beijing, saying Chinese troops “needed to move back to their side” of the Line of Actual Control in Ladakh. This statement from Misri contradicts PM Narendra Modi’s controversial statement that no outsider was inside the Indian territory.

If true, this reveals an ongoing rift between the state broadcaster and India’s largest and most subscribed news agency. Prasar Bharati, although a government institution, is ideally autonomous and doesn't adhere to the leanings of any political party.