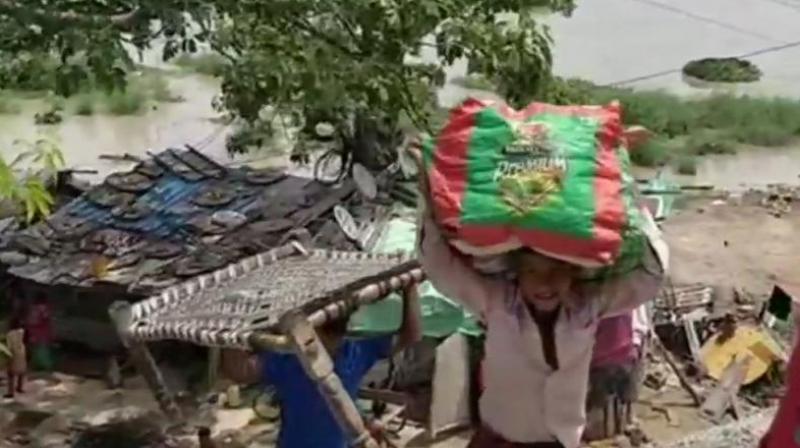 New Delhi: Traffic movement on Old Yamuna Bridge in Delhi was closed on Sunday with the water level in the river continuing to rise due to rains, a day after the flow breached the danger mark, officials said.

The city government set up a flood control room and round-the-clock emergency operation centre to monitor the river situation, they said.

An order banning movement of traffic on the bridge was issued after the flow in the Yamuna showed a rising trend, they said.

Delhi Deputy Chief Minister Manish Sisodia took stock of the ongoing evacuation operation in the low-lying areas of the city and appealed to the people to move to safer areas.

The Yamuna was flowing at 205.5 metres this evening with the danger mark being 204.83 metres, the officials said. The water level in the river had reached 205.30 metres at 7 pm on Saturday, prompting authorities to evacuate people from the low-lying areas.

"The government has established a flood control room in the office of the district magistrate, District (East) at L M Bund, Geeta Colony. A 24x7 emergency operation centre has also been set up for monitoring the flood situation," a senior official said.