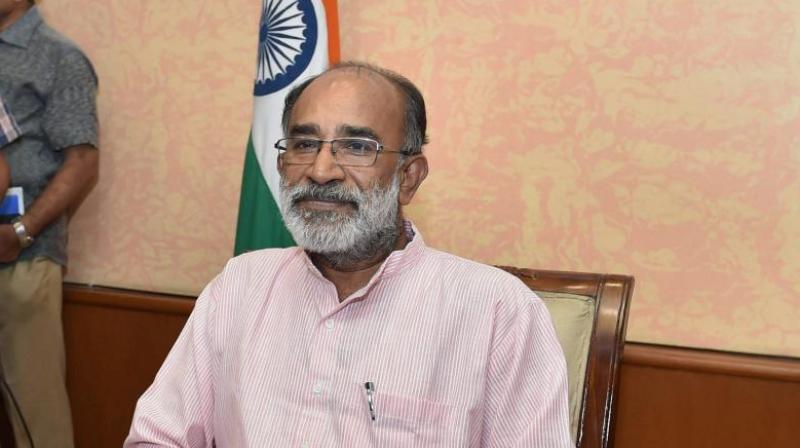 Union Minister Alphons Kannanthanam said NCW chairperson Rekha Sharma's remarks, while submitting a recommendation to ban confession, was her personal view and she has no mandate to give it. (Photo: File/PTI)

Kochi: Union Minister Alphons Kannanthanam has urged Prime Minister Narendra Modi to reject the National Commission for Women's (NCW) recommendation that confessions in churches be banned over fears they could lead to blackmailing of women.

Observing that confession is a fundamental belief of Christian churches, the Minister of State for Tourism, in a letter to PM Modi, termed the NCW's recommendation to the government, seeking a ban on confession in churches, "immature".

He said Home Minister Rajnath Singh has assured him that he would look into the matter.

Alphons said NCW chairperson Rekha Sharma's remarks, while submitting a recommendation to ban confession, was her personal view and she has no mandate to give it.

Sharma, while referring to incidents of rape and sexual assault in churches in Kerala, had alleged that priests pressure women into revealing their secrets and exploit them. The NCW's recommendation came following an allegation by the husband of a homemaker that four priests of an Orthodox Syrian Church in Kerala used her confession to blackmail and sexually exploit her. The case is being investigated by the local police.

The Union minister said confession is the fundamental belief of Christian churches and it has been there for 2,000 years.

"And therefore to take up one allegation and then submit a report saying that confession, which is a fundamental belief of the Christian churches, should be abolished, it should be banned, I think that is absolutely unacceptable.”

"This is beyond the mandate of the National Womens Commission. Its immature", he added.

Alphons, a Christian, said interfering in religious beliefs is not the policy of the Modi government.

"Prime Minister Modi has made it very clear in Parliament and outside... You believe in whatever religion you want to believe in and we will ensure that you are allowed to lead that life. We will protect you. And he has stood by that word. Therefore, there is no question of anybody ever accepting this recommendation", he said.

The Kerala Catholic Bishop's Council (KCBC) had termed as "shocking" the NCW's recommendation to the Union Home Ministry to ban the "Sacrament of Confession" among Christians.

"The chairperson has ventured into something which is totally out of her prerogative, and without any consultation with Christian churches, and communities and without considering the moral, theological or psychological aspects of confession among Christians," KCBC had said in a statement in Kochi.

The church in Kerala is facing a string of sleaze allegations. In a complaint to the Kottayam district police chief in June, a nun had alleged that Jalandhar Bishop Franco Mulakkal raped her and had unnatural sex with her multiple times at a small town near Kottayam between 2014 and 2016.