Hearing and further arguments on his anticipatory bail plea will be held Tuesday at the Rouse Avenue court. 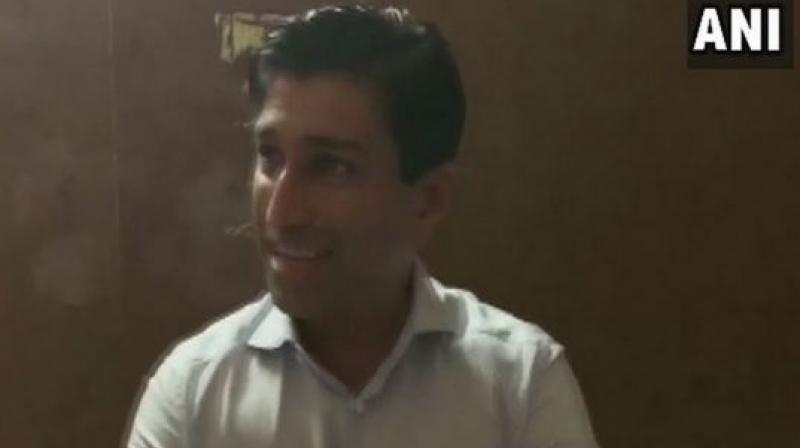 ED claims that Puri is in conversation with accused-turned-approver Rajiv Saxena though he claims that he is not influencing the witness. (Photo: ANI)

New Delhi: A Special Court here on Monday extended the interim protection of businessman Ratul Puri from the arrest till tomorrow in connection with the AgustaWestland case.

Hearing and further arguments on his anticipatory bail plea will be held Tuesday at the Rouse Avenue court.

Puri's counsel, advocate Vijay Aggarwal moved several applications seeking case-related documents to be provided to him and certified copies, copy of ECIR and official records of timing and duration in which he had joined the investigation.

Aggarwal further argued that "The same court has granted anticipatory bail to Robert Vadra in a case in which he had appeared around nine times, as far as Ratul Puri matter is concerned, my client has visited more than 25 times".

DP Singh, special public prosecutor in AgustaWestland money laundering case, argued, "Most of the time Ratul was not cooperative, yesterday he himself on record had written that 'I m not here for the recording of the statement'."

Congress leader and senior advocate Abhishek Manu Singhvi, who also appeared for Ratul Puri, said, "My client is not on flight risk... There is no authentic information of evidence tempering. After Saturday's court direction Ratul Puri was called on Saturday and Sunday also. He has been called 25 times. He has shown cooperation, but after calling him so many time, the agency is still harassing him."

Singhvi further stated that his client has provided "trucks loads documents," but the Enforcement Directorate still saying he is not cooperating.

The ED in its reply has denied the averments made by Puri that he was permitted a lunch and a short meeting during the said time on July 26. ED alleged that no such meeting was to take place on the said date but only went to meet his lawyers from the office. After 15-20 minutes he left with his lawyers while his car and the driver were stationed at the same place, the investigative agency stated.

There is a clear attempt to frustrate the investigation as he left in the middle of the ongoing investigation while his statement was being recorded, it said.

ED added that Puri did not deem it appropriate to inform the investigating officer before leaving even though his statement on the said date had begun.

He came at 11 am instead of the scheduled time of 2 pm entailing doubt that he can come early to sit at the reception and see who are the others being summoned and appearing only in a bid to hamper the investigation.

ED reply on the anticipatory bail further highlights that Puri received money from both chains of money trail which includes interstellar technology and channel of Christian Michel James.

ED claims that Puri is in conversation with accused-turned-approver Rajiv Saxena though he claims that he is not influencing the witness.