The Personnel Department of Daman and Diu has now asked him to attend the office till resignation is accepted. 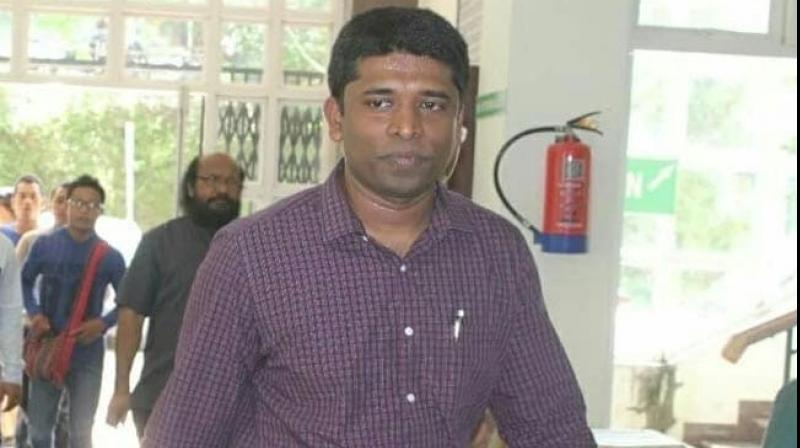 Kannan Gopinathan, who was the secretary, power department of the Union Territories of Daman and Diu, and Dadra and Nagar Haveli, submitted his resignation to the Home Ministry on August 21. (Photo: Facebook/ @kannan.gopinathan)

Daman: IAS officer Kannan Gopinathan, who resigned last week and stated that he did so as the denial of "freedom of expression" to the people of Jammu and Kashmir was not acceptable to him, has been asked to resume duty and continue to work till his resignation is accepted.

Kannan Gopinathan, who was the secretary, power department of the Union Territories of Daman and Diu, and Dadra and Nagar Haveli, submitted his resignation to the Home Ministry on August 21.

The Personnel Department of Daman and Diu has now asked him to attend the office till it is accepted.

As he was not present in Silvassa, the capital city of Dadra and Nagar Haveli, officials pasted a notice on the door of the room in a government guesthouse where he lived.

The notice, dated August 27, has been signed by Gurpreet Singh, deputy secretary, personnel department of Daman and Diu.

Citing Department of Personnel and Training (DoPT) rules, the notice said resignation by a government officer "becomes effective when it is accepted".

"Therefore, you are hereby directed to continue attending to your assigned duties immediately, till a decision is taken on your resignation," it said.

When contacted, Gopinathan told PTI that he was aware of the notice, but declined to comment further.

After resigning, the IAS officer had claimed he took the decision as he wanted to express his views against the "denial of freedom of expression" in Kashmir.

His resignation, though, had made no mention of the Kashmir issue.

After tendering resignation, Gopinathan, who hails from Kottayam district of Kerala, had said to abrogate Article 370 of the Constitution was the "right of elected government", but in democracy people have the right to respond, too.

"After taking the decision on Kashmir, nearly 20 days have passed and even now, the people there are not allowed to react or respond to it and that is not acceptable in a democratic set-up. Personally, I could not accept it and continue in the service during such a time," he had told PTI.

The 32-year-old officer had first come into limelight when he hid his identity and joined in relief work during the 2018 Kerala floods.