Under the PPP model, private investment in a project has to be more than 51 per cent, while the rest has to come from the government. 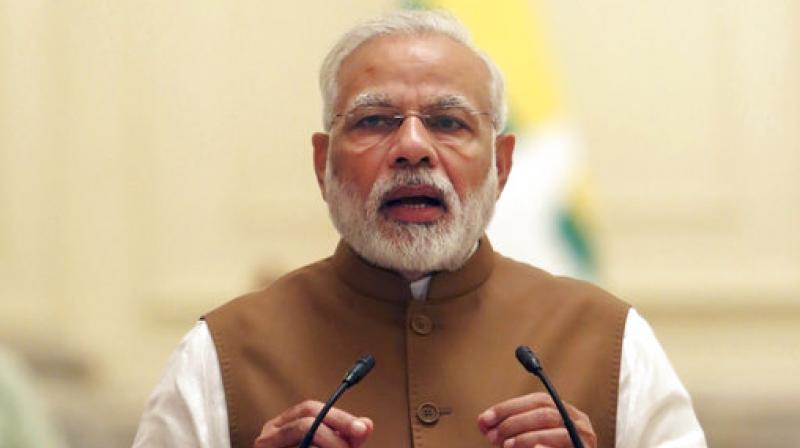 Facing criticism from within and the Opposition, Prime Minister Narendra Modi has asked Niti Aayog to take immediate steps to revive private funding in the big-ticket sectors. (Photo: AP)

New Delhi: Even as the Bharatiya Janata Party-led NDA government continues to deny charges of economic slowdown, sluggish private investment in key infrastructure sectors like aviation, highways, shipping and power has emerged as a major concern for it. Facing criticism from within and the Opposition, Prime Minister Narendra Modi has asked Niti Aayog to take immediate steps to revive private funding in the big-ticket sectors.

The think tank has been tasked by the Prime Minister’s Office (PMO) to seek opinion of all ministries on giving the public-private partnership (PPP) model — which witnessed its halcyon days during the UPA-1 regime — greater push to propel larger private funding in infrastructure projects in the identified sectors.

According to highly placed sources, the Niti Aayog has initiated deliberations with all stakeholders on the PPP model. Their views will be included in a Cabinet note which is to be prepared on PPP, with the aim of making it a significant policy initiative.

Under the PPP model, private investment in a project has to be more than 51 per cent, while the rest has to come from the government.

Though private investments are in place in various sectors, the inflow has not been satisfactory, resulting in a lot of discontent within the government. Aviation, shipping and the power sectors have seen a plateau in terms of private funding, which the Centre wants to bring up to satisfactory levels.

The acronym PPP was propelled into limelight during the first term of the UPA government, when private investment poured into the railway and highway sectors.

While private investments have been flowing in, for the past several quarters now there has been a downward trend.

As per a survey conducted by a media publication, fresh funding by the private sector in the financial year 2016-17 grew at the slowest pace since 1992. In

Meanwhile, in a related move to push growth through increased public investment, Union finance minister Arun Jaitley on Thursday met with top PSUs and asked them to not only complete their budgeted capital expenditure but to also aggressively push capital expenditure in the interest of boosting investment in the Indian economy.

Secretaries and senior officers from 10 ministries and the heads as well as financial directors of the Central PSUs apprised the finance minister that their capital expenditure programme for the current year is completely on track for achieving the capital expenditure of Rs 3.85 lakh crore budgeted in 2017-18.

The government’s seriousness about slackening private investment can be gauged from the fact that Mr Jaitley told all PSU heads clearly that government would make available adequate resources, but no slackness under any circumstances would be acceptable.