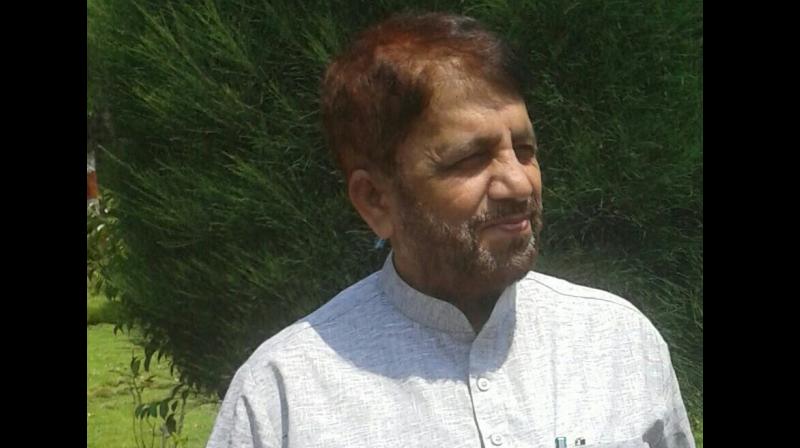 Mumbai: NCP general secretary Munaf Hakim Friday said he had quit the primary membership of the party and claimed it was "difficult" to defend its image after Sharad Pawar "supported" Prime Minister Narendra Modi in the Rafale fighter jet issue.

Pawar, speaking to a television channel Wednesday, said that people "do not have doubts" over Prime Minister Narendra Modi's intentions (in the Rafale deal).

"I don't think people have doubts about Modi's intentions personally," Pawar had told the news channel.

Hakim, a former chairman of the Maharashtra State Minorities Commission, told PTI Friday that he was following another party colleague, Lok Sabha MP Tariq Anwar, by resigning and added that more NCP workers might follow suit.

"Sharad Pawar has never supported fundamental forces. How can he say Narendra Modi is not guilty in the Rafale case in the minds of the public? A JPC probe has not yet been set up," Hakim said.

"Tariq Anwar is one of the founder members of the party. He was not consulted while making an important stand of the party public (on Rafale). In such a case, it is difficult to defend the party's image after Pawar saheb supported Modi in the Rafale case," Hakim stated.

Anwar on Friday said he had resigned from the party and Parliament (Katihar Lok Sabha seat) following party chief Sharad Pawar's "defence" of Modi on the Rafale deal.

"He (Pawar) has not made any statement defending Modi nor has he given any clean chit (in the Rafale deal matter)," the NCP leader had said.