Two autonomous councils in Arunachal Pradesh--- one for Nagas living in Tirap and Changlang and one for Buddhist in Tawang will be created. 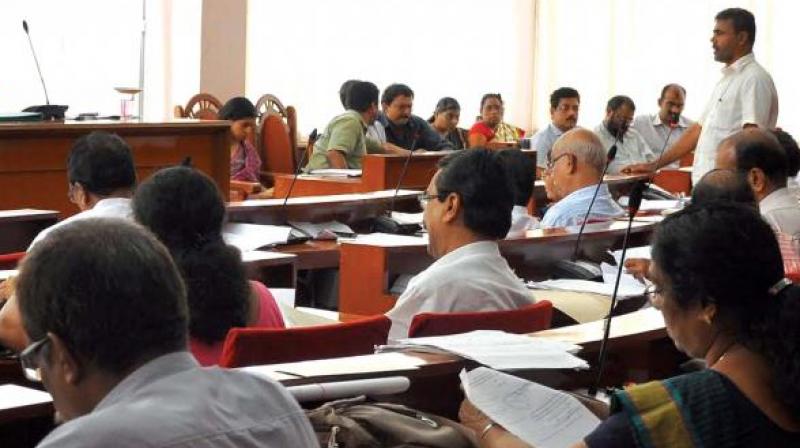 It is significant that Arunachal Pradesh assembly has passed several resolutions for creating Mon Autonomous District Council for Tawang and West Kameng districts in past. (Representational Image)

Guwahati: The Centre may agree to create two autonomous councils in the frontier state of Arunachal Pradesh and one in Manipur in the process of final settlement of the ongoing Naga talks, which is in the advanced stage but facing frequent intervention from China.

Informing that the Centre has started the process of taking all stakeholders including non-Nagas on board, security sources in the ministry of home affairs told Deccan Chronicle that Centre has agreed to create two autonomous councils in Arunachal Pradesh--- one for Nagas living in Tirap and Changlang district and another for Buddhist in Tawang simultaneously.

It is significant that Arunachal Pradesh assembly has passed several resolutions for creating Mon Autonomous District Council for Tawang and West Kameng districts in past.

Pointing out that a Naga autonomous district council has been proposed in Manipur as well, security sources clarified that the Centre has decided to take all the stakeholders on board before taking a formal decision regarding council formation in Manipur and Arunachal Pradesh.

Indicating that the prime minister’s envoy for Naga talks -- R N Ravi has succeeded in creating a consensus between the Centre and Naga groups on almost all the issues, security sources said that central government is of the view that all the stakeholders should be taken on board before signing the final peace accord with Naga groups.

Sources stated that the Centre was also trying to ensure that solution to Naga problem should not trigger another agitation in the region.

Pointing out that some external forces from China were taking a keen interest in the ongoing Naga peace-process, security sources said that Chinese agencies which have very strong connections with Northeast insurgent groups operating from Myanmar have been trying hard to provoke both—Naga and non-Naga groups for provocative statements.

Sources added that security circles of South East Asia believe that once the government of India succeeds in resolving the Naga issues, no insurgent group would be able to survive in the region.

Sources clarified that they have agreed for a solution to the Naga issues but it doesn’t imply that Naga group will not pursue their political demands.

“Even after the final settlement and signing of the peace accord, Naga group may continue to fight for their political rights. Like any other Indian, they also have constitutional right to pursue their demand at the political level,” sources said clarifying that Naga talks involve the problem of all the Nagas so the ongoing Indo-Naga political negotiations are not confined to Nagaland alone.