India   All India  29 Sep 2018  Famed Leh school featured in '3 idiots' to soon shift base to manage tourists
India, All India

However, the 'Rancho Wall' won't be demolished and instead be relocated 300 metres away. 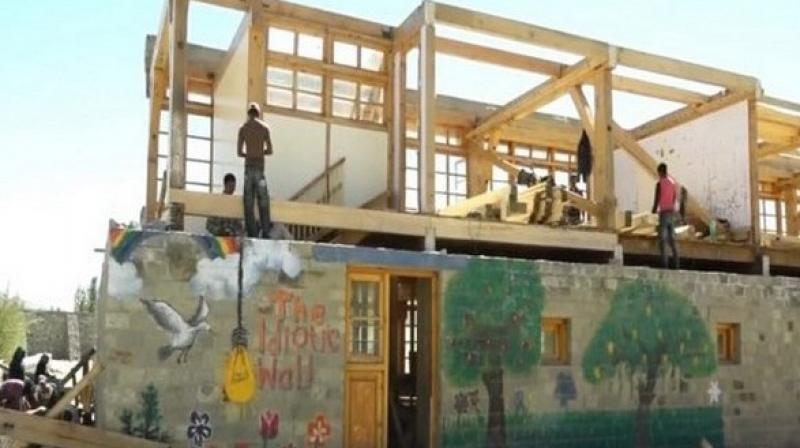 Stanzin Kunzang, the Principal of Druk Padma Karpo School, said that they took this decision as it was becoming difficult for them to handle a large number of tourists. (Photo: ANI)

Leh: The quaint school which shot to fame after it was featured in the blockbuster 2009 film '3 idiots' will soon be shifting base to manage the influx of tourists.

The Principal of the school in Leh stated that the popular tourist attraction 'Rancho Wall' in its premises will not be demolished and instead be relocated around 300 metres away.

Stanzin Kunzang, the Principal of Druk Padma Karpo School, said that they took this decision as it was becoming difficult for them to handle a large number of tourists. 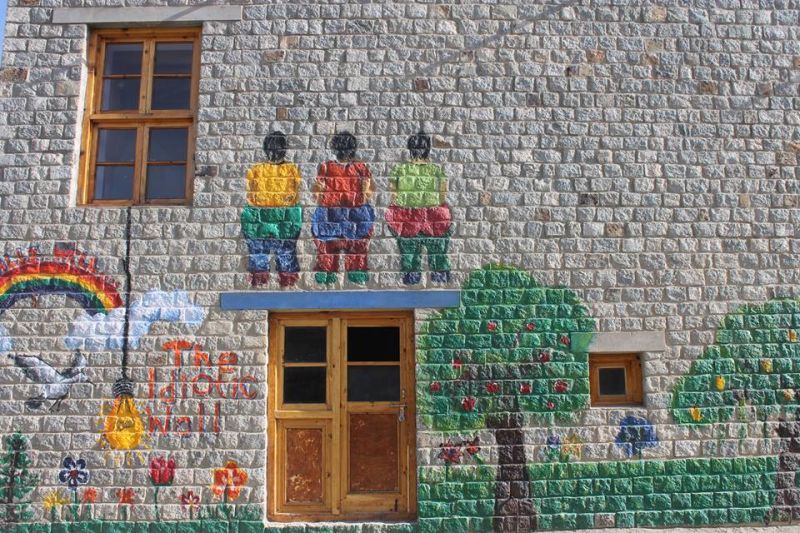 The famed 'Rancho Wall' also named as 'The idiotic wall' by the school authorities. (Photo: Facebook/DrukPadmaKarpoSchool)

On rumours regarding the demolition of Rancho wall, Kunzang said, "Don't know from where this irresponsible and shocking declaration has come from."

She further said, "Sometimes, it becomes difficult for us to handle the tourists here. At times, we used to have 800 people at a time. Besides visiting the wall, tourists enter the hostel and litter the corridor. Sometimes, they even use students' toilet creating an unpleasant situation," Kunzang said.

"I want to clarify that we are just shifting the wall from the centre of the school, where the children study, to the main tourist centre 200-300 meters away. We are relocating and replicating the wall. Today there is a lot of pressure regarding the safety of children. We need to keep that in mind," she added.

The wall was featured in a scene when Chatur (actor Omi Vaidya), tries to urinate on it and gets electrocuted by an invention of school children.