An auxiliary ship is a naval ship designed to operate in support of combatant ships. 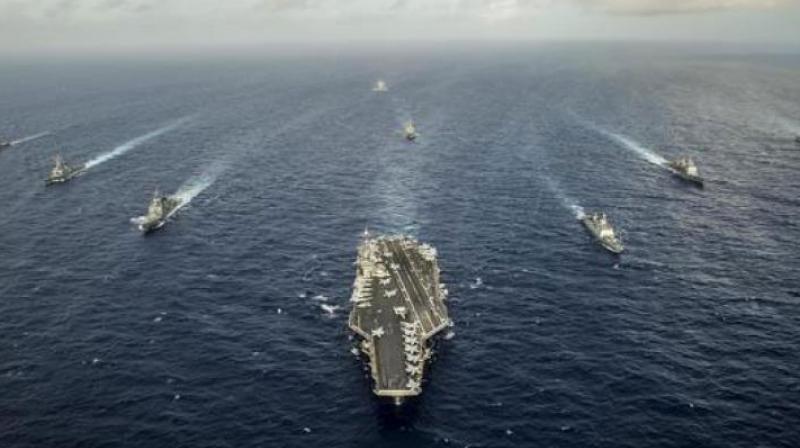 Manufacturing warships require huge investments and at present, there are no big private players for indigenous manufacturing in this sector, Admiral Swaminathan added. (Representational Image)

Kolkata: The Indian Navy will spend Rs.1,800 crore for the procurement of auxiliary ships such as ferries, crafts and fuel barges over the next seven to eight years, a top Navy officer said on Friday.

Speaking at the launch of a fuel barge manufactured by private builder Titagarh Wagons Limited (TWL), he said, "As per the present 15-year Maritime Capability Perspective Plan, the Navy will spend Rs 1,800 crore to procure auxiliary ships like ferry crafts, fuel barges, tugs and replenishment ships."

He said defence public sector undertakings like the Garden Reach Shipbuilders and Engineers (GRSE) and the Mazagaon Dock Shipbuilders Limited were well-equipped to manufacture warships indigenously.

Manufacturing warships require huge investments and at present, there are no big private players for indigenous manufacturing in this sector, Admiral Swaminathan added.

"We want private players to participate in indigenous manufacturing of warships," he said.

Admiral Swaminathan said huge funding was required in research and development of weapons, sensors and electronics, and these have to be developed very fast since new technology will come up soon enough to render the existing ones obsolete.

A second 1,000-tonne fuel barge manufactured by TWL was launched on Friday to support aircraft carrier INS Vikramaditya for the purpose of refuelling at anchorage points.

The first fuel barge built by the company is ready to be handed over to the Navy, TWL chairman JP Chowdhury said.

"The first fuel barge was launched on May 17 this year and is currently undergoing final sea trials, and will be handed over to the Navy in another week's time for use by the western fleet ships based in Mumbai," he said.