However, her clarification also did not address the primary question of whether the NCP chief had backed the PM on Rafale or not. 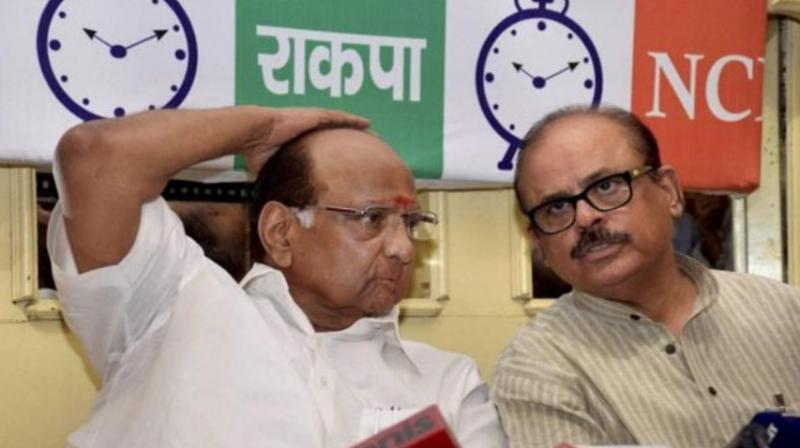 New Delhi: The NCP, seen as a key component of any anti-BJP front, plunged into a crisis Friday as Tariq Anwar, a senior MP and one of its founders, quit the party and his Lok Sabha seat over party chief Sharad Pawar’s clean chit to Prime Minister Narendra Modi over the Rafale deal.

Mr Anwar’s future political course was unclear. There is speculation that he might either join the Congress or the RJD. In both scenarios, he will lend weight to the anti-BJP “Mahagathbandhan” in Bihar, his home state.

The MP from Bihar’s Katihar had left the Congress in 1999 along with Sharad Pawar and P.A. Sangma, protesting that Sonia Gandhi had been made party president despite her foreign origins. “Our (NCP) national president Sharad Pawar indirectly gave a clean chit to the PM, in a statement on Rafale deal. The PM is completely involved in the deal. The Opposition is demanding constitution of a JPC for probe. I’m upset with his statement,” Mr Anwar said after quitting the party and Lok Sabha seat.

Though there was no official reaction from Mr Pawar, his daughter and Baramati MP, Supriya Sule, in a series of tweets late on Friday evening said that it was “disappointing” that people have not heard Pawar saheb where he has clearly raised three questions. However, her clarification also did not address the primary question of whether the NCP chief had backed the PM on Rafale or not.

The Congress, which has been looking upto Mr Pawar for stitching together an anti-BJP alliance and has already announced a state-level alliance in Maharashtra, was quick to move into damage control mode.

Congress chief spokesperson Randeep Singh Surjewala said its Maharashtra chief, Malikarjun Kharge, had called up Mr Pawar and the latter told him that his statement on the PM and Rafale has been distorted and was an effort by the BJP to create differences between the Congress and NCP.

On Thursday, what probably riled Mr Anwar and the Congress most was BJP chief Amit Shah lauding Mr Pawar’s comments and asking Congress president Rahul Gandhi to believe his own ally who has put “national interests above party politics”.