With the pandemic situation still fragile, the government has decided to keep scheduled international flights suspended till November 30 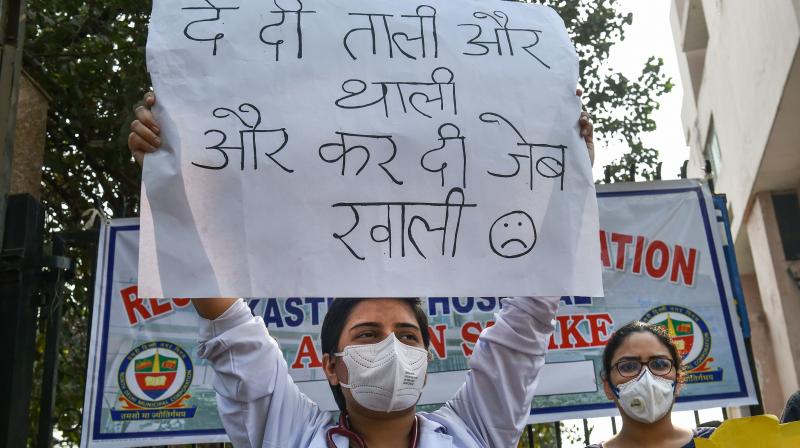 New Delhi: The national capital Delhi appears to be reeling under a major second wave of coronavirus cases, as a substantially high number of cases were reported Wednesday. Delhi saw 5,673 fresh infections in just a day, that prompted the Delhi government to keep all schools closed for now, till further notice.

Delhi had on Tuesday recorded its then all-time high of 4,853 new cases. The last time the city crossed the 4,000 mark was on September 9, when 4,473 cases were detected in a single day. Worried over the sudden spurt in cases, the Union health ministry is expected to hold a meeting with top Delhi government officials on Thursday to re-strategise containment measures.

Among other states which are reporting a spurt in cases are Kerala, West Bengal, Karnataka, Andhra Pradesh and Tamil Nadu. In fact, Kerala has overtaken Maharashtra, with the highest number of fresh cases, though both states are still contributing more than 5,000 new cases. Health ministry officials said 79 per cent of new infections are still coming from 10 states and UTs.

Health ministry officials said the festive season, the opening up of public places and the onset of winter has possibly led to a spurt in these states. However, laxity on part of people who are now shunning distancing and mask rules due to pandemic fatigue too is a contributing factor. In Delhi, the numbers are also high as people from nearby areas are rushing to the big city for testing and treatment, thus adding to Delhi’s own numbers.

“What is worrying is the cumulative positivity rate of 8.06 per cent. New cases and positivity rates have to be seen in tandem. When you look at these two together, some questions are raised. How many tests are being conducted? How many are RT-PCR and how many are antigen? Those who are symptomatic negatives in antigen… are they all being retested through RT-PCR? If not, are they spreading the infection?” Union health secretary Rajesh Bhushan said.

At the national level, coronavirus cases in India Wednesday were close to 80 lakhs, though the detection of new cases have slowed down a bit in the country. The new Covid-19 cases reported in India in a span of 24 hours were 43,893, even as the total number of cases were 79,90,322 as per the early morning health ministry data. The death toll has climbed to 1,20,010, with 508 new fatalities on Wednesday.

With the pandemic situation still fragile, the government has decided to keep scheduled international passenger flights suspended till November 30. However, international flights may be allowed on selected routes on a case-to-case basis.

A total of 72.59 lakh people have recuperated from Covid-19, pushing the national recovery rate to 90.85 per cent, as the case fatality rate stands at 1.50 per cent. The active coronavirus cases remained below seven lakhs for six days in a row. There are 6.11 lakh active coronavirus cases in the country now, which comprises 7.64 per cent of the total caseload, the health ministry data said. The country’s case fatality rate at present is 1.50 per cent.