SL: Amu also stated that his dream is to slap Farooq Abdullah at Lal Chowk and challenged Abdullah to meet him there. 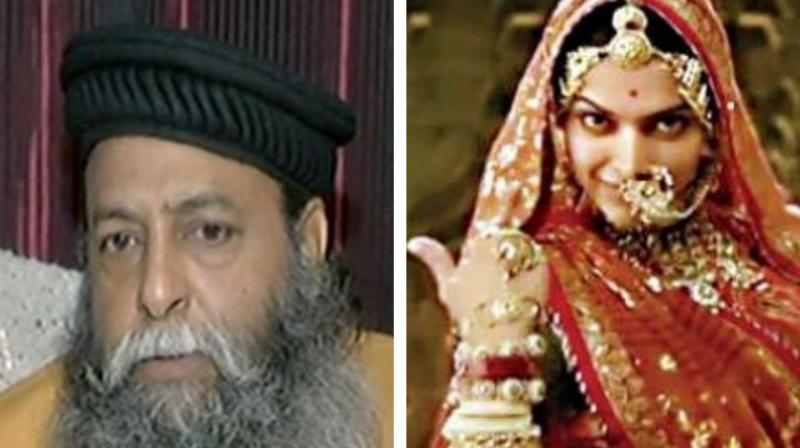 Suraj Pal Amu hit headlines when he recently announced a reward of Rs 10 crore for anyone who beheads actress Deepika Padukone, and filmmaker Sanjay Leela Bhansali, and praised a Meerut youth who had announced Rs 5 crore bounty for beheading them. (Photo: ANI | File)

The resignation comes days after the Haryana unit of the party served a show cause notice to him seeking explanation over his controversial remarks.

In his resignation letter which he forwarded to state BJP chief Subhash Barala over WhatsApp, Amu stated that he was upset over chief minister Manohar Lal Khattar allegedly skipping a meeting with representatives of the Karni Sena on Tuesday.

Though the chief minister’s schedule did not specify any such appointment, the Rajput leader maintained that he had given time for a meeting.

Rajput groups have been protesting against the period drama “Padmavati” alleging that it distorts historical facts.

Amu stated in his resignation letter that he had worked with full dedication for the party over the past few years, but felt that “CM Khattar does not need dedicated workers and office bearers. Khattar is surrounded by a coterie which is taking him away from dedicated workers for the last three years.”

Amu, however, said that he will continue to work as an ordinary BJP worker.

“With a heavy heart I have resigned from the post I had in BJP. I am pained at the behaviour of Haryana CM. I have never seen a BJP CM so arrogant who doesn’t respect party workers and community representatives,” Amu was quoted as saying.

“Now my dream is to slap Farooq Abdullah on Lal Chowk, I challenge him to meet me there,” he said.

After a youth from Meerut announced Rs 5 crore bounty, Amu had reportedly made remarks about doubling the offer during an event in New Delhi.

“We will reward the ones beheading them with Rs 10 crore and also take care of their family needs...We know very well how to treat those who insult the Rajput community,” Amu had reportedly said.

The Haryana BJP had immediately distanced itself from Amu’s remarks, saying he had made them in his personal capacity.

A show cause notice had been served to him by the party recently and he had been asked to explain the remarks.

At function of the Rajput community in Delhi recently, Amu had said, “how can we allow somebody to distort history and mislead the people by projecting the heroic character of Rani Padmavati in a poor light while glorifying the villains of history. We will not allow the release of this film at any cost”.