The rains have been particularly harsh on the farmers sowing vegetables like cauliflower, spinach, coriander, radish, peas, and broccoli. 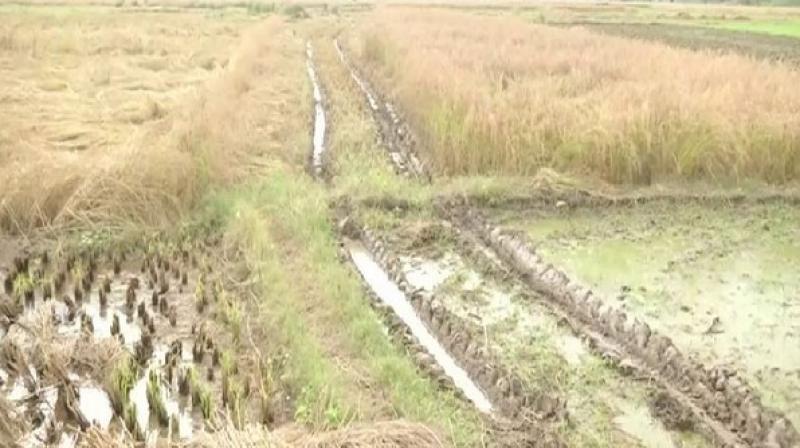 Srinagar: Unseasonal rainfall and hailstorm in the past two days have damaged 35 to 40 per cent crops here.

Jahangir Shafi, District Agriculture Officer said: "According to our estimates, several farmers have lost their crop because of rain in the past two days. On average, 35 to 40 per cent harvest was damaged."

The district has 14,409-hectare arable land out of which 11,000-hectare land is sown with paddy. Vegetables are sown on 1,290-hectare land. The rains have been particularly harsh on the farmers sowing vegetables like cauliflower, spinach, coriander, radish, peas, and broccoli.

The farmers of the district have requested the government to provide compensation for crops damaged this year.