Referring to Rahul's remark, she said member of House referred to her as 'terrorist' and called it an attack on her dignity. 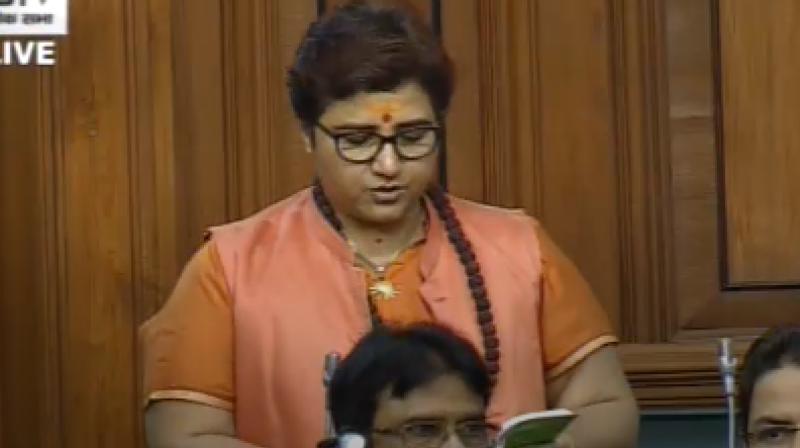 Tendering an unconditional apology for the second time, Pragya said: “On November 27, during discussion on Special Protection Group (Amendment) Bill, 2019, I did not call Nathuram Godse a 'deshbhakt'. I did not even mention his name. I apologise again if I have hurt any sentiments.”

Earlier, Pragya apologised and said: “If anyone was hurt due to any of my statements, I apologise. But my point was misrepresented and misquoted." She also said that she respects Mahatma Gandhi's contribution to the nation.

Referring to Rahul Gandhi’s remark, she said a member of the House referred to her as 'terrorist' and called it as an attack on her dignity. “No charges against me have been proven in court,” she added.

On Wednesday, Thakur created a controversy with her remark in the Lower House of Parliament during DMK member A Raja's narration of a statement by Nathuram Godse before a court on why he killed Mahatma Gandhi.

However, after the opposition members' protest, the Lok Sabha speaker said only the DMK leader's speech during the discussion on the Special Protection Group (Amendment) Bill would go on record.

"We are very clear about it that we condemn her statement and we do not support this ideology," BJP working president J P Nadda said.

This is not the first time that Thakur has courted controversy because of her comments on Godse. During the Lok Sabha election campaign, Thakur had described Godse as a patriot, triggering a huge political storm. Later, she had apologised for her statement.