India   All India  29 Dec 2016  Freedom of expression must be protected: President
India, All India

Freedom of expression must be protected: President 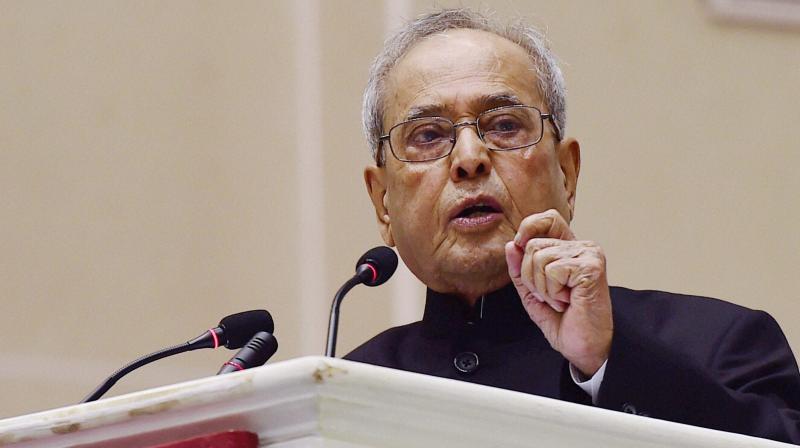 Thiruvananthapuram: President Pranab Mukherjee on Thursday said patriotism should not result in "blinkered" approaches in interpreting history or a compromise with truth in order to justify an argument of choice.

Inaugurating the 77th session of the Indian History Congress, he asked historians to be as objective as possible in their approach to history and said freedom to doubt, disagree and dispute intellectually must be protected as an essential pillar of one democracy.

Advocating that reason and moderation should be the guide, Mukherjee said, "It is natural to love one's country and see as much glory in its past as one can detect. But, patriotism should not result in blinkered approaches in interpreting history or a compromise with truth in order to justify an argument of choice."

"No society is perfect and history must be also seen as a guide on what went wrong and what were the contradictions, deficiencies and weaknesses of the past," he said.

"An objective pursuit of history, such as our best historians have attempted, requires an impartial mind of a judge and not the mind of an advocate," the President said.

"We must keep our eyes open for unfamiliar ideas and be ready to consider a range of different inferences or assumptions," he said.

There has been an "unfortunate tendency" in the country from time-to-time to take umbrage at the expression of any view perceived to be hostile to our social or cultural institutions past or present, he said.

Similarly, critical appraisals of heroes and national icons of the past have been met with hostility or sometimes even violence, he pointed out.

"Freedom to doubt, disagree and dispute intellectually must be protected as an essential pillar of democracy. Nothing? should lie outside realm of discussion and argument and such freedom is vital for the progress in any field especially in a calling and a craft like history," he said.

Asserting that the greatest strength of India is its pluralism and social, cultural, linguistic diversity, Mukherjee said, "Our traditions have always celebrated the argumentative Indian and not the intolerant Indian."

He also said there should not be any conflict or contradiction between the promotion of regional history and the pursuit of the country's history as a whole.

Chief Minister Pinarayi Vijayan and Opposition leader Ramesh Chennithala alleged that attempts were being made by vested interests to distort history to suit the present government at the Centre. Mukherjee released the first copy of the proceedings of

the Congress by presenting it to the Chief Minister.