Verma, also a former BBC journalist, later told reporters that he was falsely implicated in the case by the Chhattisgarh government. 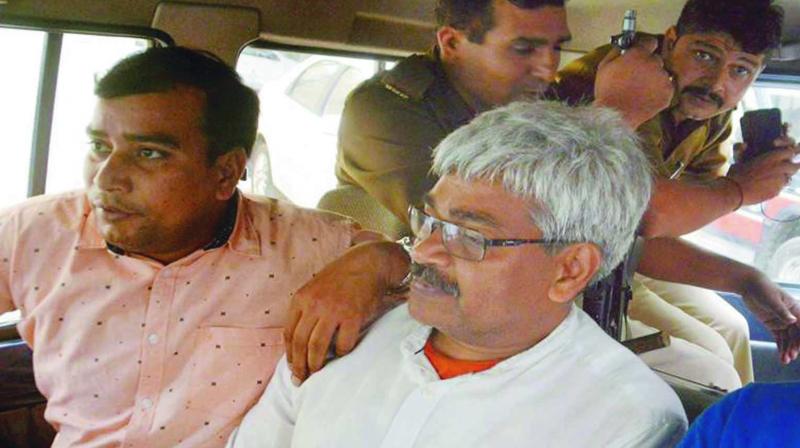 Bhopal and New Delhi: Member of Editors Guild of India and journalist Vinod Verma arrested on charges of blackmailing a senior minister in Raman Singh government on October 27 was on Thursday granted bail by the special CBI court in Raipur in Chhattisgarh.

He faced charges of trying to extort money from Chhattisgarh PWD minister Rajesh Mrunat by using a CD that allegedly had a sexually explicit content. He was granted bail as the CBI failed to produce chargesheet against him within 60 days of his arrest, Mr Verma’s counsel told the local media.

Mr Verma, also a former BBC journalist, later told reporters that he was falsely implicated in the case by the Chhattisgarh government.

The scribe from whose house the Chhattisgarh police has claimed to have seized around 300 CDs, a laptop, and a pen drive during raids in the small hours of October 27, dropped hints that he has in his possessions the CDs which could throw light on the 2013 Jiram Ghati massacre of 27 Congressmen in Bastar by Naxals and also the alleged fixing of Antagarh assembly by-elections in Chhattisgarh.

The CBI has sent electronic devices, including laptop and pen drive, recovered during searches by the Chhattisgarh police for forensic examination.

“I was doing my job as a professional journalist which was not to the liking of Chhattisgarh government. Even then, this was not the way to deal with him”, Verma said. He also dismissed charges of trying to blackmail the Chhattisgarh minister claiming that he has produced his three cell phone numbers and one landline number to the police to check the call records. “But, the police could not establish that I have ever made any call to blackmail the minister or demand money from him”, he said. Mr Mrunat had filed FIR against Mr Verma and Chhattisgarh pradesh Congress committee president Bhupesh Baghel accusing them of circulating fake CDs. Chhattisgarh government had constituted a special task force to probe the matter.