India   All India  29 Dec 2019  Congress' hits out at UP police for 'manhandling' Priyanka Gandhi
India, All India

Congress' hits out at UP police for 'manhandling' Priyanka Gandhi 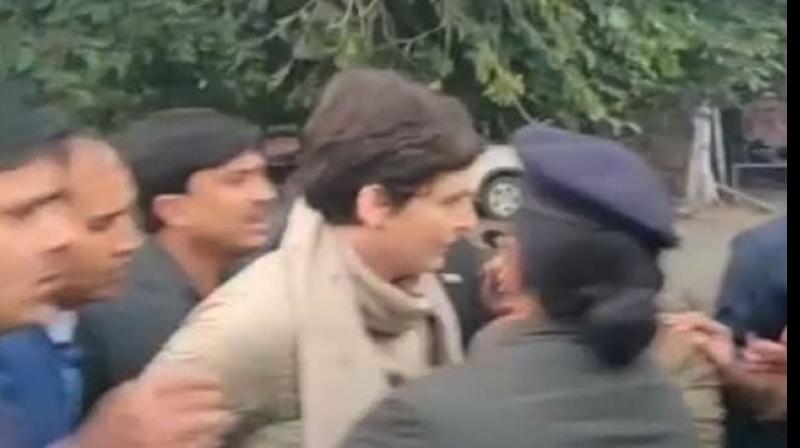 New Delhi: Former Law Minister and senior Congress leader Ashwani Kumar on Sunday hit out at Uttar Pradesh Police over security after party general secretary Priyanka Gandhi Vadra claimed that she was roughed up by a cop in a bid to stop her from meeting the family of a retired IPS officer who was arrested on December 19 during protests against the Citizenship (Amendment) Act.

"It is the most unfortunate incident. In a free country, the senior functionary of the Congress party had to face police repression. I think the message and the signal of the government is very clear that even peaceful protest against the policies is not tolerated by this government. This is the end of free India. I do hope that the Bharatiya Janata Party will realise this once the people of this country will rise. No repression can stop people," Kumar told ANI.

He continued, "What do you expect from the police. The police always deny their brutality. The whole nation saw the video of Priyanka Gandhi Vadra's march and the way she was handled by the police under the Uttar Pradesh administration."
On Saturday evening, Priyanka alleged that she was strangulated by an Uttar Pradesh policewoman while she was on way to retired IPS officer SR Darapuri's residence and was also pushed due to which she fell down.

Congress later demanded action against the cop for her "physical violence" and dismissal of Chief Minister Yogi Adityanath's government in Uttar Pradesh.