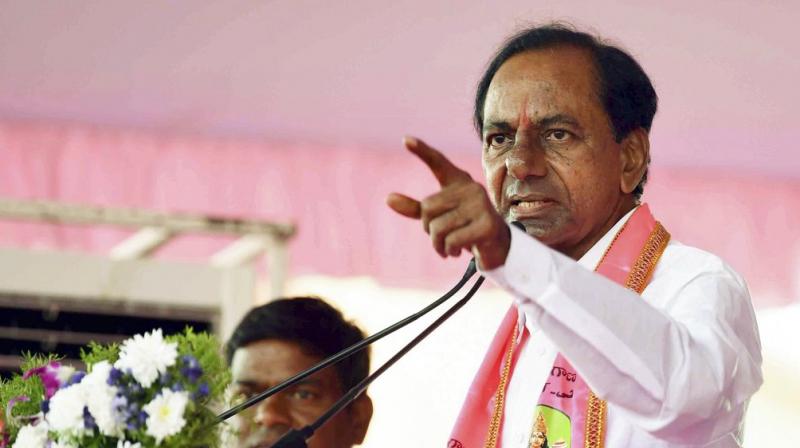 Hyderabad: As a New Year gift, Chief Minister K. Chandrashekar Rao announced on Tuesday that he has decided to increase in salaries of all state government employees. He also announced the decision for an increase in the age of superannuation and recruitment of additional staff for all government departments. Pensioners will also see a hike.

Salary will also be hiked for the TSRTC employees and the additional burden on this would be borne by the state government.

Rao announced that besides the salary hike, issues related to enhancement of retirement age, promotions, transfers, formulation of simplified service rules, extending all the retirement benefits on the day of the retirement to the employees, bidding them a respectful farewell and compassionate appointments would be solved by the end of February.

The Chief Minister declared that recruitment of vacant posts in all government departments and agencies would be done from February.

The Chief Minister has set up a committee under the chairmanship of chief secretary Somesh Kumar with principal secretary (finance) Ramakrishna Rao and water resources principal secretary Rajat Kumar as members to examine the service matters of employees and identify the vacancies in each department. The committee will study various issues and hold discussions with employees’ unions and submit its report in the second week of January.

The committee will also look into the PRC and advise the government on revision of salary and also examine the Zonal system and related issues.
Recalling the role of employees in the Telangana movement and also of the TRS government extending 42 per cent fitment benefit to them after coming in power, Rao said, “Under the united AP, every issue of the employees was riddled with problems. A controversy surrounded every issue and they were all at the mercy of court cases.”

Due to bifurcation issues, promotions in revenue and police departments remained stalled. “Now, those disputes are resolved.” Departmental promotion committees will be set up and posts falling vacant after the promotions should be filled up “immediately”.

He said, “It is most unfortunate that there is a delay in the appointments on compassionate grounds. Family members who are in sorrow due to the death of their earning family member should not be made to run around government offices for such appointments.” He instructed officials to complete such appointments in all departments.