Perhaps the Attari residents draw inspiration from Sardar Sham Singh Attariwala, who was a general in the army of Maharaja Ranjit Singh. 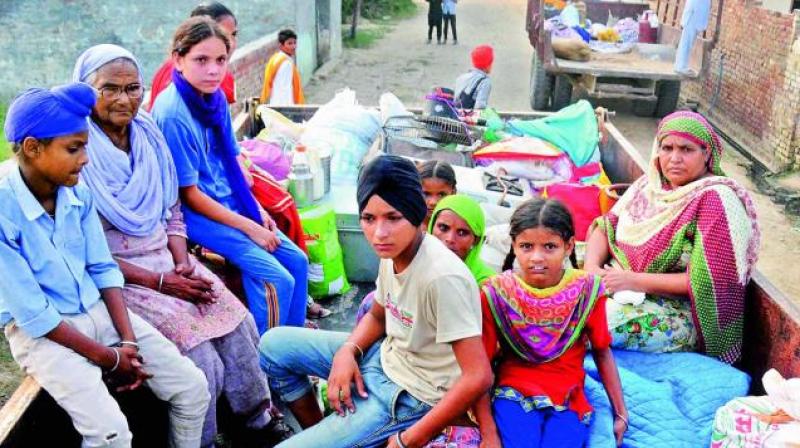 Attari: Always ready to volunteer their services for the country, residents of this town, located at a walking distance from the Indo-Pak international border, have one grudge — this assembly constituency of poll-bound Punjab deserves more facilities.

The residents recall how they had prepared themselves to volunteer just in case the country needed their services after tensions escalated between India and Pakistan following Indian Army’s surgical strike across LoC in Jammu & Kashmir last year.

After the Army conducted the surgical strike, orders were issued for evacuation of villages within 10-km area along the border with Pakistan in Punjab.

“However, despite several villages in Attari constituency being just 1 or 2 km from the border, people stayed put here. Everyone here decided that in case of war or any worst thing happening, we will move forward (towards Pakistan) along with our forces, but not retreat,” 61-year-old Surjit Singh told PTI.

Another resident, Harjinder Singh, a carpenter, said, “After the surgical strike, the residents here put up a brave front. Nobody left their homes. Everyone said we are the brave people of the Majha region of Punjab and if one has to die, let it be here and all said in one voice that they will move forward and not leave their homes.”

Perhaps the Attari residents draw inspiration from Sardar Sham Singh Attariwala, who was a general in the army of Maharaja Ranjit Singh and famous for his last stand at the Anglo-Sikh battle of Sabraon.

There is a memorial dedicated to him which is located right in the main bazaar area of Attari. Two Howitzer guns have been placed in the memorial ground and these were dedicated by former Indian Army chief, General Bikram Singh, on February 10, 2014 to commemorate the 168th martyrdom day of General Sham Singh Attariwala.

However, residents here lament that many villages in Attari constituency, which is next to the border with Pakistan; still continue to be in a bad shape.

They claim there is hardly anything in the name of facilities including proper health and education facilities.

Both Surjit Singh and another resident Jagtar Singh said Attari residents should get facilities it deserves.