The CJI pointed out at that time the producer had not obtained the certificate. 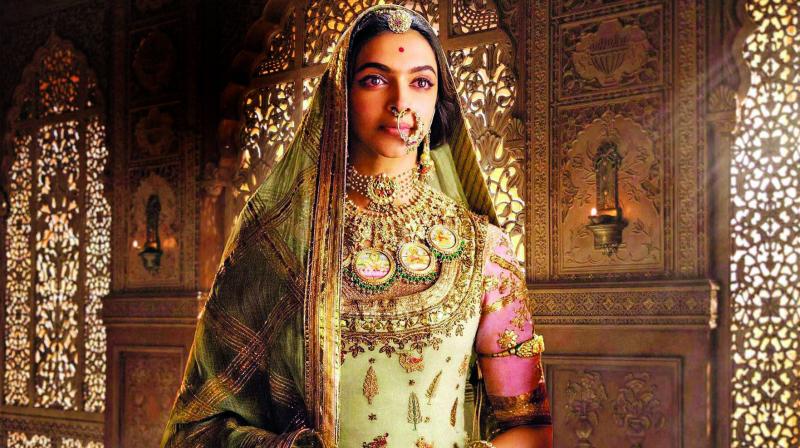 Deepika Padukone in a still from the movie Padmaavat

New Delhi: The Supreme Court on Monday refused to entertain a fresh plea for a direction to the producer of Hindi film Padmaavat for deletion of certain objectionable scenes which were not permitted by the court.

A three-judge bench of Chief Justice Dipak Misra and Justices A.M. Kanwilkar and D.Y. Chandrachud, after hearing advocate M.L. Sharma, dismissed the petition observing that once the Central Board of Film Certification has granted the certificate, no plea could be entertained.

The Chief Justice of India made it clear to Mr Sharma that the portions ordered to be deleted from the petition filed by him in November last were applicable only to the petitioner.

The CJI pointed out at that time the producer had not obtained the certificate. Thereafter, the Censor Board had examined the film and issued the certificate and hence the court could not consider the petitioner’s plea.

Senior counsel Shyam Divan, appearing for the producer, submitted that when the court dismissed the PIL of Mr Sharma, it had clearly said that the deleted portions had the effect of creating disharmony in society, which could not be permitted.

Since the petitioner had come with the same plea, it should be dismissed with costs, he added.

Mr Sharma submitted that when he filed a petition in November last for the ban on the film, senior counsel Harish Salve, appearing for the producer, took exception to the advocate quoting certain distorted portions in history. The court had then ordered deletion of these passages from the petition and made it clear that the deleted portions relating to historical facts should not be used in any manner.

He submitted that Padmaavat contains all the objectionable portions, which were ordered to be deleted, and hence the court should direct deletion of these scenes. He said the PIL raised important questions of law, viz whether the producer can indulge in character assassination of Queen Padmawati, whether right to freedom of speech and creative expression allow the producer to violate the fundamental rights of others.On January 18, the Supreme Court revoked the ban on the film imposed by certain states and said “it is the duty and obligation of the State to maintain law and order. Once the Parliament has conferred the responsibility and power on a statutory board and the board has certified the film, non-exhibition of the film by states is contrary to statutory provisions”.