Experts say BS-IV vehicles are likely to cause 80 per cent lower particulate emissions. 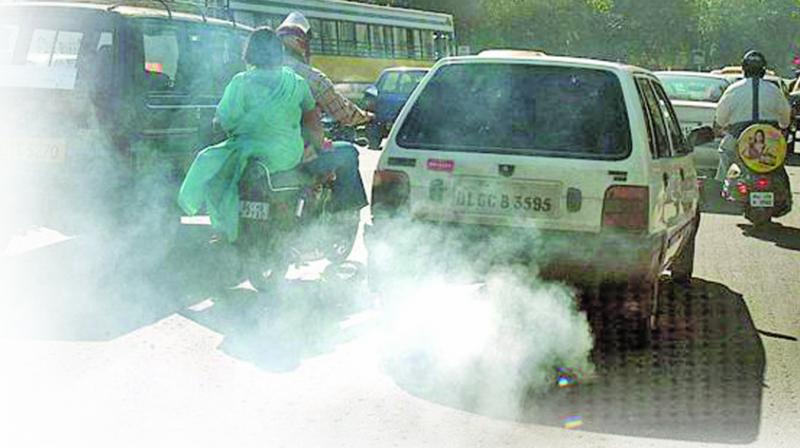 Currently BS-IV vehicles are sold in select states, while BS-III ones are sold more widely across the country.

New Delhi: The Supreme Court banned on Wednesday the sale and registration of all vehicles not conforming to the BS-IV emission standards from April 1, 2017, saying people’s health was “far, far more important” than commercial interests.

While green bodies welcomed the order aimed at tackling India’s spiraling air pollution crisis, it is a blow to auto firms saddled with a stock of over 8 lakh vehicles, running on older BS-III fuel technology, worth Rs 20,000 crore.

A bench of Justices Madan B. Lokur and Deepak Gupta passed this order rejecting the applications of manufacturers seeking time to sell existing stocks beyond April 1.

Experts say BS-IV vehicles are likely to cause 80% lower particulate emissions. India has the second highest number of early deaths due to particulate matter 2.5.

Manufacturers said they were allowed to manufacture such vehicles till March 31 and the sale and registration of such vehicles should not be prohibited.

The court rejected the submission and said that all authorities were prohibited from registering such vehicles on and from April 1, except on proof that they were sold on or before March 31.

The apex court observed that automobile firms have declined to take “sufficient pro-active steps” despite being fully aware that they would be required to manufacture only BS-IV-compliant vehicles from April 1, 2017.

It said the seminal issue in these applications was whether the sale and registration and therefore the commercial interests of manufacturers and dealers of such vehicles that do not meet the Bharat Stage-IV emission standards as on April 1 takes primacy over the health hazard due to increased air pollution of millions of our country men and women. The answer is quite obvious, the court said.

Currently BS-IV vehicles are sold in select states, while BS-III ones are sold more widely across the country.

The bench took note of the submissions of the Centre that government refineries had incurred an expenditure of about Rs 30,000 crore for producing the requisite fuel for BS-IV-compliant vehicles and the fuel will be available from April 1.

“This is a significant step forward as this gives the message and the lesson that the automobile industry will have to walk the extra mile to address the expansive concern around public health and not weigh down the transition by taking a very narrow technical view,” said Anumita Roychowdhury, executive director, Centre for Science and Environment (CSE).

In 2015, the Centre had said automakers must manufacture only BS-IV-compliant vehicles from April 1, 2017, but did not propose banning the sale of older-technology vehicles from the same day.

Vinod Dasari, president of the Society of Indian Automobile Manufacturers, said that such a big inventory cannot be sold off in the next couple of days.