Latifa, along with her friend, were taken hostage in March by four unidentified men in international waters next to India's western coast. 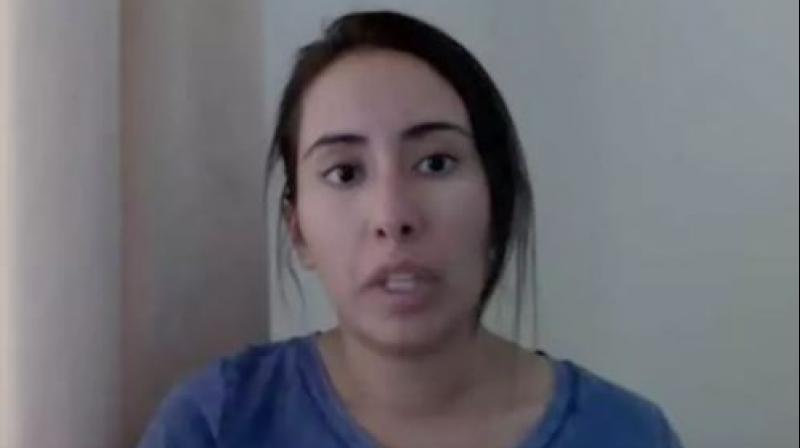 Princess Sheikha Latifa is the daughter of Vice President and Prime Minister of the United Arab Emirates, and ruler of the Emirate of Dubai, Sheikh Mohammed Bin Rashid Al Maktoum. (Photo: Screengrab | YouTube)

Mumbai: Dubai Princess Sheikha Latifa, ‘kidnapped’ off the coast of Goa, has been taken back to the United Arab Emirates (UAE) with the help of the Indian government.

Princess Sheikha Latifa is the daughter of Vice President and Prime Minister of the United Arab Emirates, and ruler of the Emirate of Dubai, Sheikh Mohammed Bin Rashid Al Maktoum.

Latifa, along with her friend Herve Jaubert, were taken hostage earlier in March by four unidentified men in international waters next to the western coast of India.

Sources told Deccan Chronicle, the Indian Navy received an SOS call on March 2 about the missing Dubai Princess and jumped into action.

It is also unclear how the princess landed in the sailing boat along with her captors and from which port.

The officers had information from their superiors that the boat may contain the Princess, her friend and four other men.

Indian Navy personnel then tracked the sailing vessel, and along with its Coast Guard counterparts, boarded it to rescue the princess and her friend. They were in civilian clothes in order not to raise the hackles of the kidnappers.

Two ships belong to the Coast Guard – the ICGS Samarth and Shoor -- were part of the mission.

The first information about the kidnapping had come from Sheikha Latifa herself when she sent a frantic WhatsApp message on March 4 to a contact identified as Radha Stirling, who also works for a UAE help group ‘Detained in Dubai’. She alleged she and her French friend Herve Jaubert were “surrounded by men” who were firing at them.

According to The Sun, the princess told Stirling: "Radha, please help me, there are men outside," before claiming to hear gunshots.

Stirling asked the princess to record the gunshots, but she did not get a reply.

Stirling said Latifa first got in touch with her firm ‘Detained in Dubai’ on February 26, claiming she had escaped from Dubai where she was “tortured for helping a sibling who also ran away”.

The WhatsApp video also shot by the Dubai Princess earlier said she was unsure of returning to Dubai. Sheikha Latifa said in the video, “She doesn't have the freedom to live her own life in Dubai - and was secretly detained in prison for three years after a previous failed escape attempt as a teenager.”

According to reports, the Dubai princess claimed she was not allowed to drive, was monitored round the clock and was locked up - and even drugged - after a failed attempt to escape the country when she was 16.

Dubai Princess Sheikha Latifa was sent back to UAE by Indian forces on March 8.

Latifa, 33, said she was one of the 30 children the billionaire Dubai ruler has with six wives, and has left the strict Arab state, she claims, with the help of a former French spy. Her friend Herve Jaubert is believed to be a former French intelligence officer.

Latifa said she was the daughter of one of the lesser known wives of the Sheikh.