'You are on my hit list': BJP leader threatens UP cop, see video

In the video, the BJP leader was seen saying 'will see you tomorrow, you are on my hit list'. 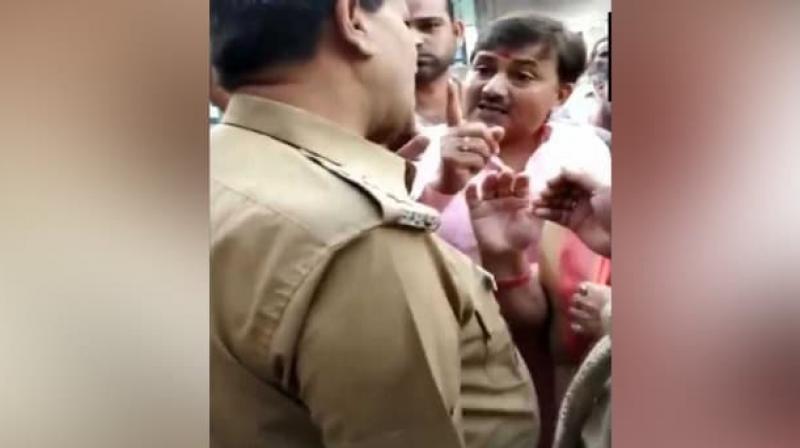 Responding to threat, police officer said 'to do whatever he wants'. (Photo: Screengrab)

Kanpur: During voting in Uttar Pradesh’s Kanpur, a BJP leader was caught on camera threatening a police officer.

Suresh Awasthi, a BJP leader, is seen telling the cop that he was on his “hit list”. The video of the incident has been widely circulated.

In the video, the leader was seen saying "will see you tomorrow, you are on my hit list".

#WATCH BJP leader Suresh Awasthi threatens Circle Officer in Kanpur after an argument over a polling agent, says 'I will see you tomorrow, you are on my hit list'. Mayor Pramila Pandey was also present. A case has been registered against Awasthi pic.twitter.com/3wE5uawQ33

Responding to threat, police officer said "to do whatever he wants".

Mayor Pramila Pandey and some other BJP leaders were present during the incident.