India   All India  30 May 2017  Arnab Goswami 'most unethical journalist ever': Kerala CPM MP
India, All India

Kerala MP Rajesh compared Goswami's knowledge of CPI(M) history to that of a primary school kid for his offensive remarks about the party. 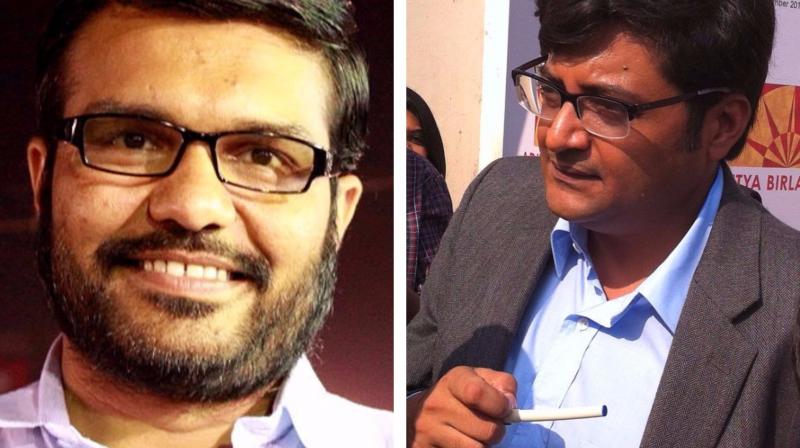 The CPM leader’s letter that was posted and widely circulated on Facebook scorned Goswami for lacking the integrity, poise and credibility expected of a news anchor, as said in a report in The Indian Express. The Lok Sabha MP referred to Goswami as ‘the most unethical and cowardly journalist’ he had ever seen.

Rajesh was previously called on the May 26 show for a discussion on the three year anniversary of the Modi-led NDA government. The topic was, however, changed at the last minute where he was asked to defend Kodiyeri Balakrishnan’s (Kerala CPM state secretary) remark on the army. Rajesh said he could have boycott the show but decided to partake in order to avoid accusations of running away in his absence.

In spite of Goswami’s continuous interruptions, he tried to clarify on the show that Balakrishnan’s remarks were not directed the army but against the ‘atrocities committed in the name of AFSPA’, Rajesh said.

According to the report, Rajesh hit out at Goswami in the letter saying, “It was evident from your substandard and abusive remarks against the CPI(M) that your sense of history is poorer than that of a primary school child. Your history teacher in school would have been much ashamed to see the shameless and naive expression of your ignorance about history.”

The Lok Sabha MP further went on to speak about his ‘proud provenance’ as his father was in the Indian Army and had fought in the 1971 war. “As the ward of a veteran, I’ve also partaken in the sacrificial living of an army family, like several others. Now, tell me, apart from your highly hypocritic and extremely dramatic expressions in the name of army, only to raise ratings, what have you genuinely done for our army?” he inquired of Goswami in the letter.

The letter posted on Facebook has gone viral and has been shared over 6000 times. Facebook users have also asked for a Malayalam translation.

Earlier in May, the former editor-in-chief of Times Now channel, Arnab Goswami launched his news channel Republic TV which has been a site of controversy ever since. The NDA Kerala vice-chairman Rajeev Chandrasekhar backed channel, was slapped with a defamation suit by MP Shashi Tharoor  for allegedly making offensive comments about him while covering his late wife Sunanda Pushkar’s death.