India   All India  30 May 2017  Babri case: Our leaders innocent, will come out unscathed, says Venkaiah Naidu
India, All India

Advani, Bharti and Joshi appeared before the Special CBI court for framing of charges in 1992 Babri Masjid demolition case. 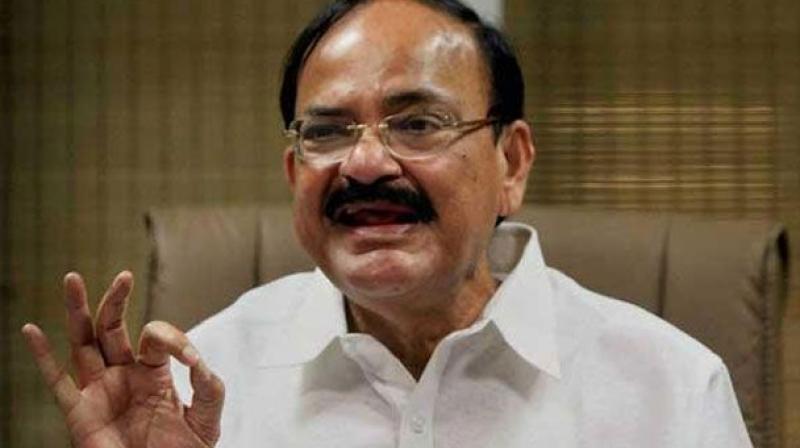 Advani, Bharti and Joshi appeared before the Special CBI court in Lucknow today in connection with the demolition of the Babri Masjid on December 6, 1992 in Ayodhya.

Talking to media here, Naidu said, "It is a legal process and let it happen. We are sure that they are innocent and will come out unscathed in the entire thing."

He refused to comment further as the matter is sub-judice.

On the opposition's charge that Prime Minister Modi was trying to shunt out the 'Old Guard' of the BJP using this case, Naidu replied that they (Opposition) have to score political points and create confusion in the minds of the people.

"Whatever they say is not true. Everybody knows that these cases were there for so long and were not withdrawn, even when Atal Bihari Vajpayee was prime minister and Advani was deputy prime minister. Now the court has added conspiracy charges in the case but I am sure the conspiracy charge will not stand," said Naidu.

The Supreme Court last month had given special court a month to frame fresh charges against Advani, Bharti, Joshi, and a dozen other leaders and was asked to deliver its verdict within two years after daily hearings.