India   All India  30 May 2017  Babri case: Court to frame charges against Advani, others today
India, All India

Babri case: Court to frame charges against Advani, others today 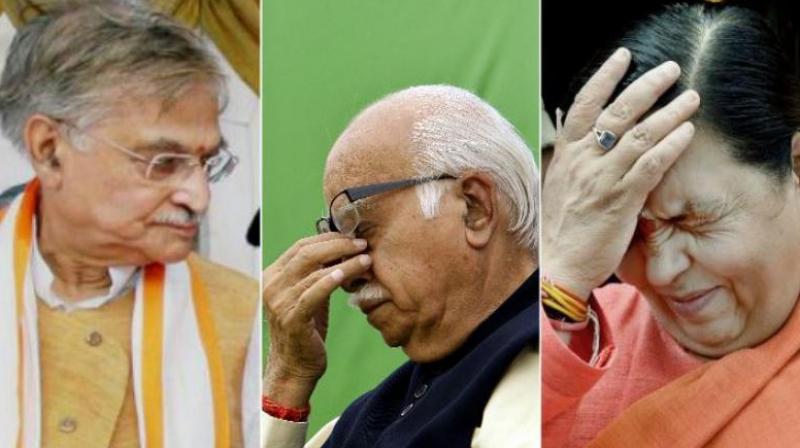 Besides them, Special CBI judge SK Yadav had asked BJP leader Vinay Katiyar, VHP's Vishnu Hari Dalmia and a one-time firebrand Hindutva preacher Sadhvi Ritambara to present themselves before the court in person.

The Supreme Court had on April 19 ordered prosecution of Advani (89), Joshi (83), 58-year-old Uma Bharti, and other accused for criminal conspiracy in the politically sensitive case. It had also ordered day-to-day trial to be concluded in two years.

The top court had called the destruction of the medieval-era monument a "crime" which shook the "secular fabric of the Constitution" while allowing the CBI's plea seeking restoration of criminal conspiracy charge against the four BJP leaders, including Vinay Katiyar (62), and others.

However, the Supreme Court had said BJP leader Kalyan Singh, who is the Rajasthan Governor and during whose tenure as the Chief Minister of Uttar Pradesh the disputed structure was razed, is entitled to immunity under the Constitution as long as he holds the gubernatorial office.

It had transferred the case against LK Advani, Murli Manohar Joshi, Uma Bharti and three other accused from a Raebareli court to Lucknow for a joint trial in the demolition case.