After the discussion, students served beef, which was brought from outside, as a token of protest. 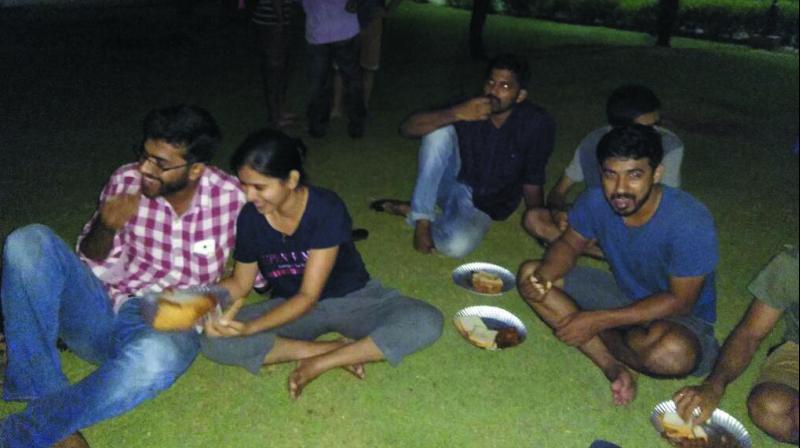 Students at IIT-Madras organised a beef festival on the campus on Sunday.

Chennai: Amid a nationwide debate over the Central government rule that bans the sale of cows for slaughter at animal markets, a section of students from IIT-Madras on Sunday held a beef festival on the campus to protest the ban.

The spontaneous protest on campus saw around 70-80 students gather to discuss the notification. After the discussion, students served beef, which was brought from outside, as a token of protest.

Stating that the beef festival was not a planned one, final year student Abhinav Surya said, “The progressive students of IIT-Madras participated in the event to condemn the recent legislation which bans cattle for slaughter in markets.”

“The government is interfering in the personal food habits of the people. This is a clear move by the central government to further its communal agenda,” he added.

Apart from the right to consume food, there is economy and production involved in it. “It’s a directive against the people who rear cattle, trade in cattle and people involved in the leather industry. Tamil Nadu farmers are protesting for drought relief and many farmers committing suicide due to crop failure. The government is unwilling and unable to support the farmers,” he said.

“This move is anti-farmer, anti-dalit and anti-Muslim,” he added.

Though the IIT-Madras administration does not take any view on the protest, other section of students belonging to the right wing student body criticised it.