India   All India  30 May 2017  Have enough proof to charge Advani, Joshi of conspiracy in Babri case: Court
India, All India

Have enough proof to charge Advani, Joshi of conspiracy in Babri case: Court

Earlier in the day, the special CBI court had granted bail to all the accused on a surety of Rs 50,000 in 1992 Babri Masjid demolition case. 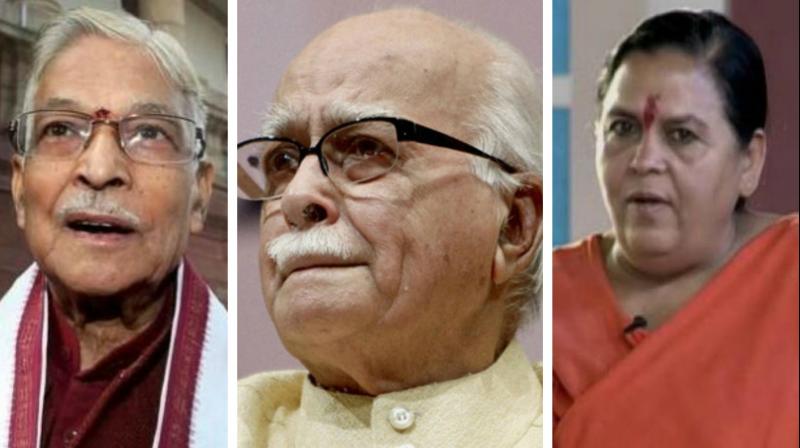 The defence counsel had moved a “discharge application” in which the accused claimed not guilty in the December 1992 razing of the mosque in Uttar Pradesh’s Ayodhya city.

Charges under section 120(b) of the Indian Penal Code have been framed against LK Advani and others. Section 120B stands for criminal conspiracy.

Read: I'm not a criminal: Uma Bharti ahead of Babri Masjid case hearing

"Enough evidence on record against LK Advani, MM Joshi, Uma Bharti and others for framing of the criminal conspiracy charge," the CBI court said.

Earlier in the day, Advani, Joshi and Bharti were granted bail by the court on a personal bond of Rs 50,000 each by CBI Special judge S K Yadav.

On May 26, the BJP leaders were ordered to appear by the special CBI court. While directing the accused to present themselves in person, special CBI judge SK Yadav had asked had said no application for adjournment or exemption from personal appearance shall be entertained.

Uttar Pradesh Chief Minister Yogi Adityanath greeted Advani, Joshi and others at the VVIP guest house before the hearing.

The Supreme Court had on April 19 ordered prosecution of Advani (89), Joshi (83), 58-year-old Uma Bharti, and other accused for criminal conspiracy in the politically sensitive case. It had also ordered day-to-day trial to be concluded in two years.

The top court had called the destruction of the medieval-era monument a "crime" which shook the "secular fabric of the Constitution" while allowing the CBI's plea seeking restoration of criminal conspiracy charge against the four BJP leaders, including Vinay Katiyar (62), and others.

However, the Supreme Court had said BJP leader Kalyan Singh, who is the Rajasthan Governor and during whose tenure as the Chief Minister of Uttar Pradesh the disputed structure was razed, is entitled to immunity under the Constitution as long as he holds the gubernatorial office.

It had transferred the case against LK Advani, Murli Manohar Joshi, Uma Bharti and three other accused from a Raebareli court to Lucknow for a joint trial in the demolition case.