India   All India  30 May 2017  UP CM Adityanath meets Advani ahead of court proceedings on Babri Masjid
India, All India

Yogi Adityanath welcomed Advani with a bouquet of flowers at the VVIP guest house. 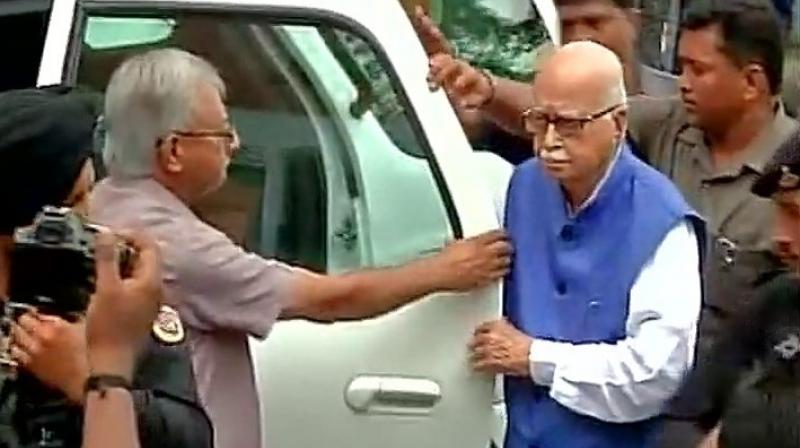 Lucknow: Uttar Pradesh Chief Minister Yogi Adityanath Tuesday met senior BJP leader L K Advani who is here to appear before a special CBI court in connection with a case relating to the 1992 demolition of the Babri Masjid in Ayodhya.

The chief minister welcomed Advani with a bouquet of flowers as the former deputy prime minister stopped at the VVIP guest house before leaving for the special court.

Yogi was waiting at the guest house for Advani along with other state leaders.

Later, the chief minister held a meeting with Advani and other senior leaders.