Soon after the raids, the Delhi Chief Minister tweeted, 'What does PM Modi want?' questioning the sudden step by the CBI. 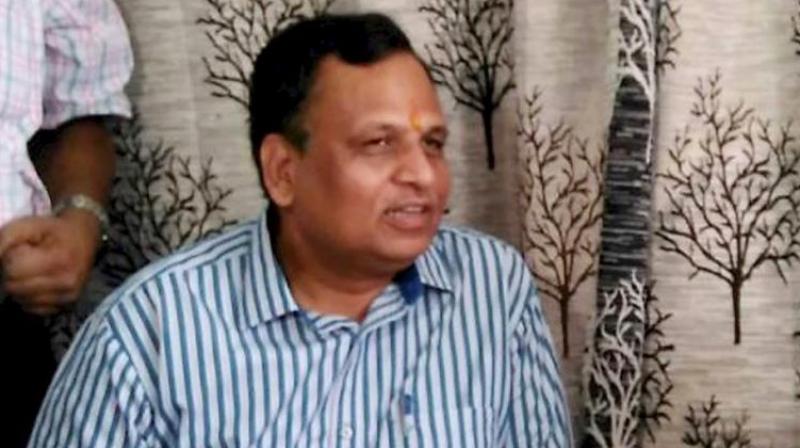 New Delhi: The Central Bureau of Investigation (CBI) has registered a case against Delhi minister Satyendra Jain, S K Srivastava, then Engineer-in-Chief, PWD and others to investigate the allegations of irregularities in hiring of creative teams in PWD.

Cbi raids my house for hiring creative team by PWD. Professionals were hired for different projects. All were forced to leave by cbi.

The raid was conducted after registering a fresh case against Satyendra Jain in connection with alleged violation of norms in hiring architects for the Public Works Department (PWD), officials said in New Delhi.

Officials have confirmed that searches at five more locations, including residences of other PWD officials and private people are being carried out.

Jain is already facing probe in a case pertaining to money laundering. The PWD minister, in a tweet, confirmed that the Central agency was carrying out searches at his residence.

The CBI has also registered a fresh case against Jain, alleging violations in hiring architects for the PWD projects.

The agency had registered a preliminary enquiry into the hiring of 24 architects for a creative wing of the PWD through an agency, which reportedly lacked any prior experience, the officials added.

Soon after the raids, the Delhi Chief Minister tweeted, "What does PM Modi want?" questioning the sudden step by the CBI.

What does PM Modi want? https://t.co/3vN1MVxPqk

Today's raid on Delhi’s PWD minister Satyendra Jain comes a day after the CBI closed its probe into his daughter Soumya Jain's appointment as an adviser to the state government's project on mohalla clinics.