DGMOs agree not to violate 2003 truce at LoC, border. 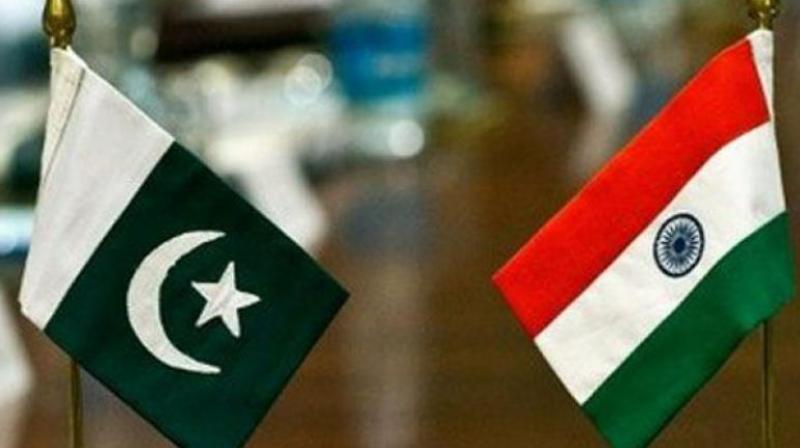 Strategic experts remain sceptical, say Pakistan is now pushing for a truce due to its general election due in July. (Representational Image/AFP)

New Delhi: With booming guns across the India-Pakistan border becoming more the norm than being an exception in recent weeks, leading to major casualties, including that of civilians, on both sides — 36 deaths in India and 28 in Pakistan in 2018 — it took about seven minutes in a hotline telephonic talk between the directors-general of military operations (DGMOs) of the two neighbours to defuse the situation and agree to enforce the comprehensive ceasefire agreement signed in 2003.

This year itself, a huge jump in the number and intensity of cross-border firing — 1,088 by Pakistan and 1,088 by India — had rendered the 2003 India-Pakistan ceasefire virtually redundant.

A high-ranked Indian Army official told this newspaper: “At 6 pm on Tuesday, a phone call came in from the Pakistan Army requesting a DGMO-level talk on the hotline. Whenever such a request comes in from the Pakistan DGMO, we never refuse. The talks, that did not exceed seven minutes, centred on ushering peace on the border.”

An Indian Army release said both the DGMOs reviewed the prevailing situation along the Line of Control and the international border (IB) in Jammu and Kashmir. “The Indian Army DGMO agreed with the proposal to undertake sincere measures to improve the existing situation to ensure peace and avoidance of hardships to civilians along the borders... both the DGMOs agreed to fully implement the ceasefire understanding of 2003 in letter and spirit forthwith, and to ensure that henceforth the ceasefire will not be violated by both sides,” the release said.

“It was also mutually agreed that in case of any issue, restraint will be exercised and the matter will be resolved through utilisation of existing mechanisms of hotline contacts and border flag meetings at the local commanders’ level.”

A near-identical release by Pakistan military’s publicity wing ISPR from Rawalpindi added: “Both DGMOs reviewed the prevailing situation along the LoC and working boundary and mutually agreed to undertake sincere measures to improve the existing situation ensuring peace and avoidance of hardships to civilians along the borders.”

Military strategy expert Lt. Gen. P.C. Katoch (Retd) is sceptical about the latest Pakistani overture. “This offer was expected. Pakistan is talking about the ceasefire now because of the impending general election in July. If they are really sincere on peace, why is infiltration and the proxy war from across the border still continuing? So let us see if they can still hold on to the ceasefire after the elections.”

At the same time, there is hope too. Said Lt. Gen. S.L. Narasimhan (Retd), a prominent military expert: “This ceasefire offer was expected and it makes sense too. The Pakistani elections are due, so the government needs to be seen doing something on the ground. Moreover, we offered a unilateral ceasefire in Kashmir during Ramzan. Also, with Pakistan getting increasingly isolated in the international scene and Prime Minister Narendra Modi’s very recent bonhomie with Chinese President Xi Xinping, the ceasefire offer makes sense. It may just work out.” Notably, the latest development comes three months before the two armies train together for anti-terror operations in a military exercise called “Peace Mission 2018” under the umbrella of the Shanghai Cooperation Organisation, that will take place in Chelyabinsk in west-central Russia.