India   All India  30 May 2019  After 'questioning of approximately 70 hours', Vadra appears before ED again
India, All India

After 'questioning of approximately 70 hours', Vadra appears before ED again

He that he will comply with all summons by government agencies until his name is cleared of 'false allegations'. 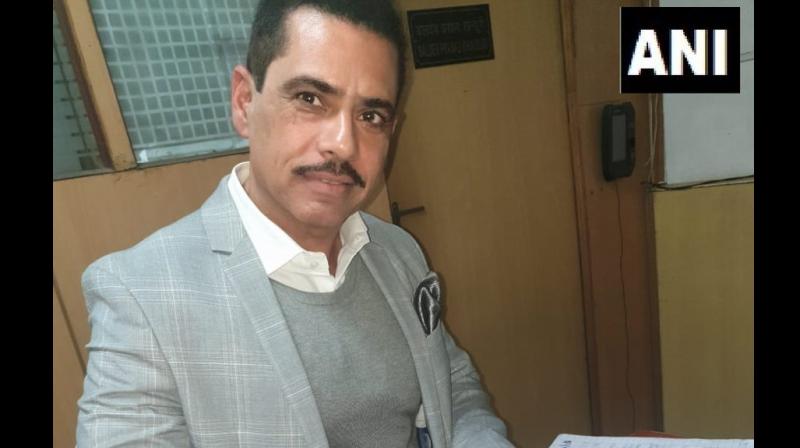 'I maintain my belief in the Indian judiciary is unshakeable. I have and will adhere to all summons/norms of the government agencies,' Vadra said. (Photo: File I ANI)

New Delhi: Expressing belief in the country's judicial system, Robert Vadra on Thursday said that he will comply with all summons by the government agencies until his name is cleared of "false allegations".

The statement by Rahul Gandhi's brother-in-law came hours ahead of his appearance before the Enforcement Directorate (ED) as a part of the probe into alleged illegal property deals.

The case is related to land grabbing in Delhi-NCR, Bikaner in Rajasthan and purchase of properties in foreign countries.

"Till date, I have deposed 11 times with questioning of approximately 70 hours. In the future also, I will cooperate as always, till my name is cleared of all false allegations and accusations. I maintain my belief in the Indian judiciary is unshakeable I have and will adhere to all summons/norms of the government agencies," he wrote on his Facebook wall," Vadra said in a Facebook post.

The son-in-law of UPA chairperson Sonia Gandhi also posted a photograph of himself alongside.

Dressed in a white shirt and light green pants, Vadra stands beside a picture of Jawaharlal Nehru.

Vadra, the husband of Priyanka Gandhi, appeared before the Enforcement Directorate office in the national capital hours after he put the post on Facebook - a platform often used by him to make statements.

Wearing tinted sunglasses, Vadra was swarmed by media persons on his arrival, he, however, refrained from making any statements and made his way through with folded hands.

On May 24, the agency had requested the Delhi High Court for custodial interrogation of Vadra for questioning him about the source of funds used for the purchase of a London-based property worth 1.9 million pounds and ascertain the role of certain other people, who allegedly helped him launder the money.