India   All India  30 May 2021  Indian Navy converts chopper into air ambulance for evacuation of critical patients
India, All India 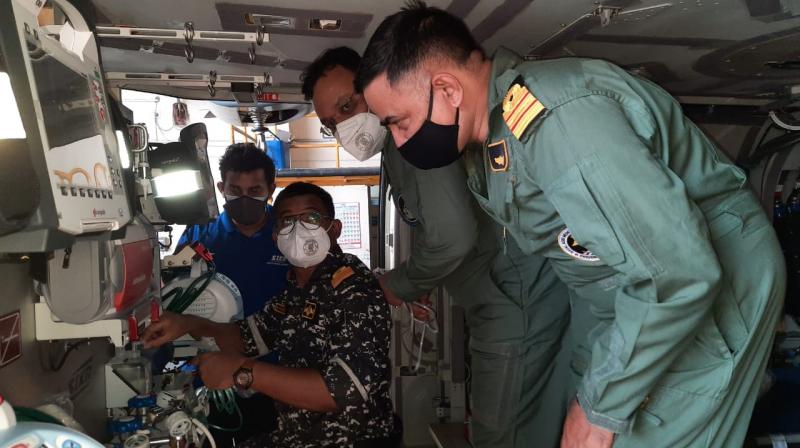 The MICU has been installed on-board ALH Mk-III from INAS 323 at INS Hansa by Hindustan Aeronautics Limited (HAL), a naval spokesman said in a media statement issued here.

"With ALH Mk-III, an all-weather aircraft, being equipped with MICU, the Indian Navy can now undertake medical evacuation of critical patients by air even in unfavourable weather conditions," he said.

The MICU has two sets of defibrillators, multipara monitors, ventilator, oxygen support as well as infusion and syringe pumps, he added.

"It also has a suction system to clear secretions in the mouth or airway of the patient. The system can be operated on aircraft power supply and also has a battery back up of four hours," the spokesman said.

According to him, the equipment can be installed in two-three hours to convert the aircraft into an air ambulance.

"This is the first of eight MICU sets to be delivered by HAL to Indian Navy," he added.