The incident has been reported to aviation regulator DGCA and IndiGo has also started an internal inquiry. 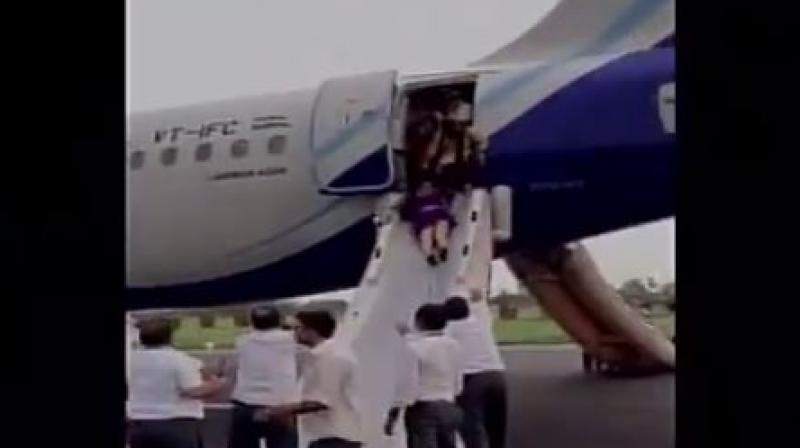 Passengers being evacuated from an IndiGo flight at Patna Aircraft, after smoke was observed in cabin. (Photo: ANI)

Patna: Flight operations from Patna airport were affected on Friday after an IndiGo aircraft carrying 174 passengers suffered "engine failure" at the time of taxiing for take off.

The aircraft is still on the runway and the authorities are working to move the plane from there.

Following the incident, which happened around 6 pm, operations have been impacted, a senior airport official said.

The official said the left engine of the plane failed when it was taxiing and the take off for New Delhi was aborted. All the passengers have been safely evacuated, the official added.

#WATCH: Passengers being evacuated from an IndiGo flight at Patna Aircraft, after smoke was observed in cabin. All 174 passengers are safe. pic.twitter.com/D5wuUtzx77

When contacted, an IndiGo spokesperson said the flight 6E-508 was "involved in a low speed reject due to suspected engine stall".

As smoke was observed in the cabin, the captain decided to evacuate the passengers as a precaution, the spokesperson said, adding that there was no tyre burst or engine fire.

"There were 174 passengers on board. All passengers are safe," the spokesperson said.

The incident has been reported to aviation regulator DGCA and IndiGo has also started an internal inquiry.