Army Chief said that military operations in Valley are people-friendly. 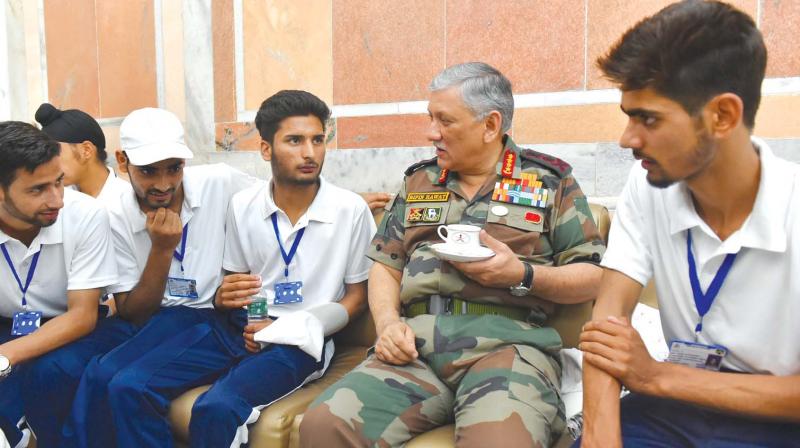 New Delhi: Army chief General Bipin Rawat said on Friday that reports that the Army was operating in a brutal manner in Jammu and Kashmir were “motivated” whereas in actuality, the operations were adhering to people-friendly rules of engagement.

“Our basic purpose is to go after terrorists who create violence and disturbance in the Valley. Our aim is not to cause inconvenience to civilian population who are not indulging in arson or violence”.

In addition to the “stringent” rules of engagement, local formation commanders continuously give guidelines to soldiers as to how to operate, he added. On June 20, the insurgency-hit state came under governor’s rule after the BJP withdrew support to its alliance partner PDP leading to speculations that the Army would now get a “free hand” in tackling militancy.

“There is nothing like stepping up ... Army continues to operate with the formulated rules of engagement,” Army chief Rawat said when asked whether security has been stepped up in the Valley after the fall of the government.

On Wednesday, responding to the findings in the recent United Nations report that pointed out to violation of human rights by the security forces in Kashmir, the chief had said there was no need to be overly concerned as the rights record of the Indian Army is well-known and was “absolutely above board”. This was the UN’s first ever report on Kashmir.

Kashmir has been on the boil ever since the gunning down of Hizbul leader Burhan Wani in July 2016.