‘I represent inclusive India’: Nusrat Jahan on fatwa over attire

Jahan on Twitter said: 'I represent an inclusive India which is beyond the barriers of caste, creed and religion.' 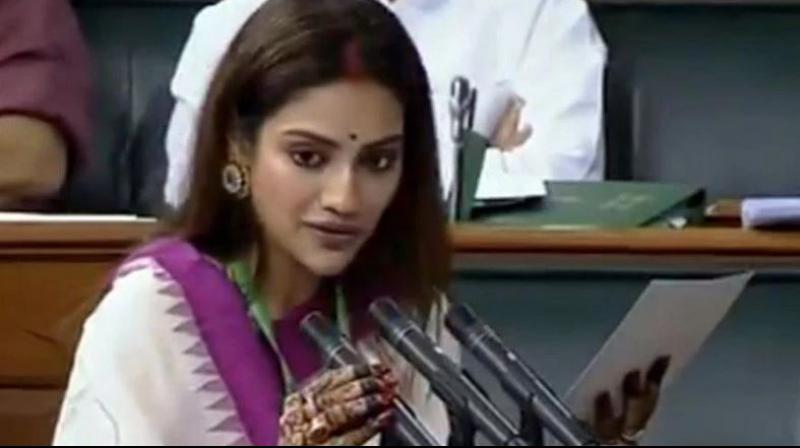 Kolkata: After being criticised for sporting vermilion and bangles and not wearing a ‘burqa’ in Parliament, TMC MP and actor-turned-politician Nusrat Jahan on Saturday said that she represents an “inclusive India”.

According to IANS report, Jahan on Twitter said: “I represent an inclusive India which is beyond the barriers of caste, creed and religion.” She also wrote that she “respects all religions”.

“I still remain a Muslim and none should comment on what I choose to wear. Faith is beyond attire and is more about believing and practicing the invaluable doctrines of all religions,” Jahan said.

On June 25, criticising her “un-Islamic” post-marriage appearance at her oath-taking ceremony in Parliament, a group of Muslim clerics had issued a ‘fatwa’ against the newly-married Member of Parliament.

Jahan tied the knot with businessman Nikhil Jain on June 19.