The video of the social activist Satyajit Mallick carrying the elderly person has now gone viral on social media. 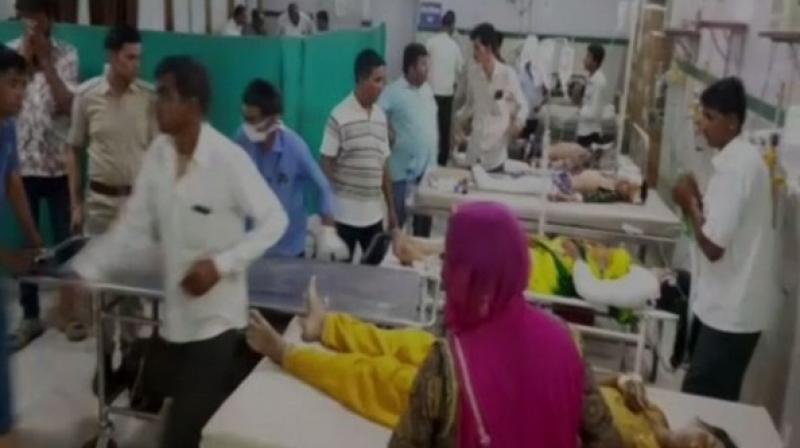 The hospital authorities could not be contacted to inquire about the incident. (Representational image)

Balasore: Exposing the rot in the functioning of emergency health services in Odisha, a social activist had to carry an ailing elderly woman in his arms after he allegedly failed to get an ambulance at Achyutpur village under Remuna area  in Balasore district.

The video of the social activist Satyajit Mallick carrying the elderly person has now gone viral on social media.

As per reports, one Sabitri Sahu, who was suffering from old-age related ailments, was initially admitted to Remuna Community Health Centre.

Though the doctors advised Sahu’s relatives to shift her to District Headquarters Hospital (DHH), they allegedly failed to seek an ambulance at the hospital.

“After getting to know about the incident from her relatives, I dialed 108 Ambulance Services but the authorities said that some vehicles were not in good condition and others were unavailable,” said the social activist Satyajit Mallick.

Later, Satyajit carried the elderly woman in his arms for some distance and later hired a vehicle to shift her to the Balasore District Headquarters Hospital. After the video of Mallick carrying the woman went viral, he clarified that he did that only for social work.

The hospital authorities could not be contacted to inquire about the incident.

“There was nobody around the elderly Sabitri at the hospital. A youth of her villager who was attending her had no idea how to shift her to District Headquarters Hospital. I just tried to help them,” said Satyajit.

However, the hospital authorities could not be contacted over the incident.