India   All India  30 Jun 2021  SC seeks original video, statement of Ramdev on his remarks on efficacy of allopathy
India, All India

SC seeks original video, statement of Ramdev on his remarks on efficacy of allopathy 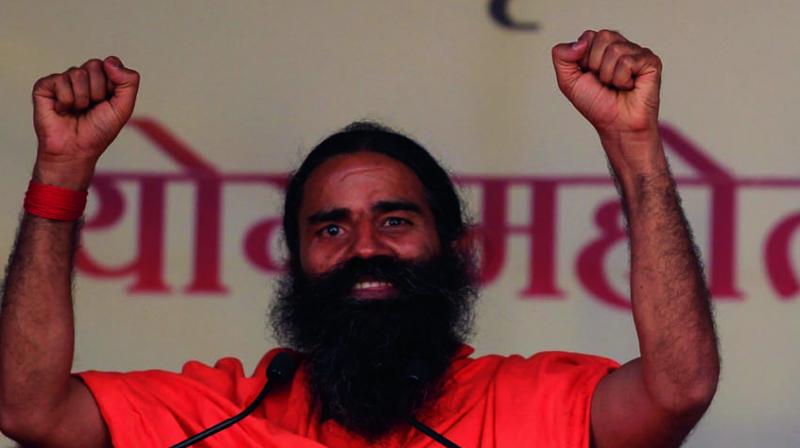 New Delhi: The Supreme Court on Wednesday asked Yoga guru Ramdev to place before it the original video and transcript of statements made by him which led to the registration of multiple FIRs against him in various states over his alleged remarks on efficacy of allopathy in treatment of COVID-19.

A bench headed by Chief Justice NV Ramana posted the hearing of Ramdev's plea seeking clubbing of FIRs and transfer of cases to Delhi lodged against him for July 5, while asking him to place before it the whole video where the remarks were made by him.

Senior advocate Mukul Rohatgi appearing for Ramdev said he will file the original video and transcript before the court, and sought listing of the case next on Monday.

The plea of Ramdev also sought a stay on the proceedings in multiple cases lodged against him and sought protection from coercive actions in FIRs lodged by Indian Medical Associations (IMA) Patna and Raipur branches and asked the court to transfer the FIRs to Delhi.

"One remembers more than a year ago, Patanjali had got a drug Coronil, everyone had gone against him. The point is he is not against them, so why multiple cases. There is freedom of speech," Rohatgi argued.

Ramdev has been booked under Sections 188 (disobedience to order duly promulgated by public servant), 269 (negligent act likely to spread infection of disease dangerous to life), 504 (intentional insult with intent to provoke breach of the peace) and other provisions of Disaster Management Act, 2005.

In a video, Ramdev was allegedly heard saying "allopathy is a stupid science and medicines such as Remdesivir, Fabiflu, and other drugs approved by the Drugs Controller General of India have failed to treat Covid-19 patients."
His remarks caused massive outrage and IMA sent over a legal notice to him.

On June 16 Police in Chhattisgarh's Raipur has registered an FIR based on a complaint filed by Raipur's IMA unit against Ramdev for allegedly spreading "false" information about the medicines being used by the medical fraternity for the treatment of COVID-19.

As per the complaint, since over the last one year, Ramdev has been allegedly propagating false information and his threatening statements on social media against medicines being used by the medical fraternity, Government of India, Indian Council of Medical Research (ICMR) and other frontline organisations in the treatment of COVID-19 infection.

The complaint said there are several videos of Ramdev on social media in which he had allegedly made such misleading remarks.