On reaching the spot the pilot found the patient on the roof of his house completely marooned amidst flood waters on all sides. 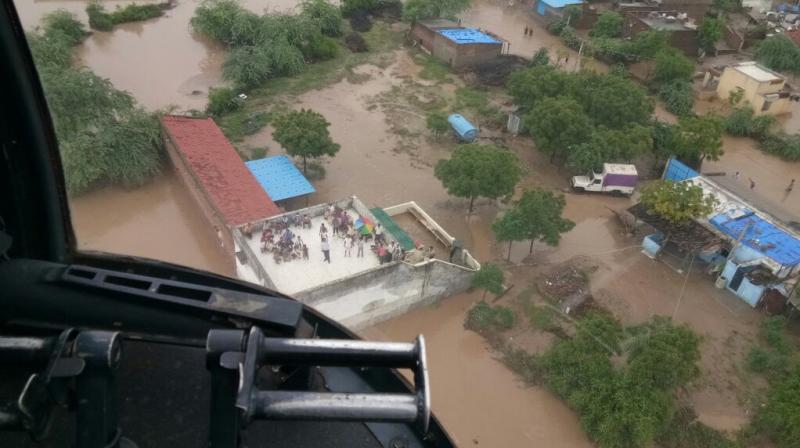 The rescue operation was initiated after a request was received at the Gandhinagar headquarters. (Photo: ANI/Twitter)

Gandhinagar: A kidney patient in critical condition, desperately needing to undergo dialysis for him to be saved, was evacuated at the Abiyana village in Santhalpur Taluka of Patan District in by an IAF Cheetah helicopter.

This happened after a request was received at the Gandhinagar headquarters.

On arriving overhead the site, the pilot- Wing Commander Gautam Narain- saw the patient on top of the roof of a house completely marooned amidst flood waters on all sides. 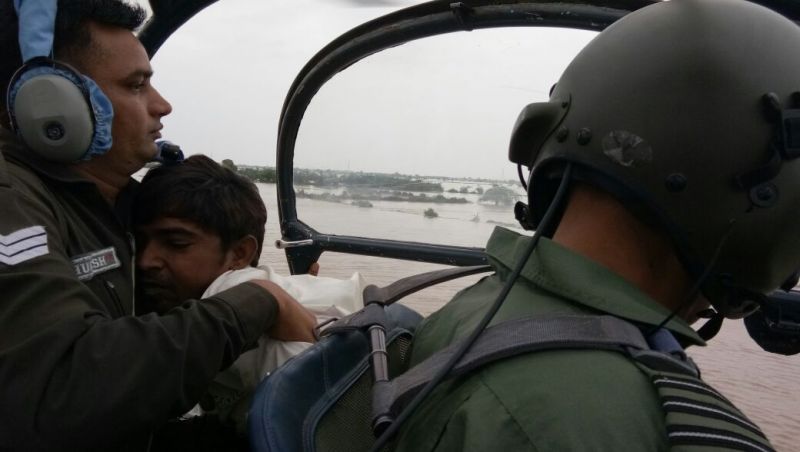 The patient was then flown to District Headquarters Patan where he was duly handed over to Civil Administration officials waiting with an ambulance at the Patan University Helipad.