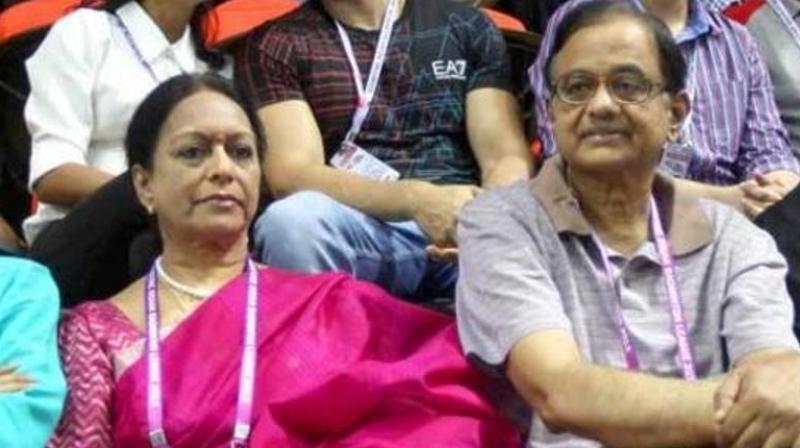 Chennai: A magistrate court in Chennai on Monday directed former Union finance minister P Chidambaram's family members to appear in court on August 20 without fail, in connection with the black money case.

Chief Metropolitan Magistrate S Malarvizhi ordered the personal appearance of Chidambaram's wife Nalini, son Karti and his wife Srinidhi on August 20 since they failed to do so on Monday.

According to the Income Tax Department, Karti Chidambaram had not disclosed his bank account in Metro Bank, the UK, and investments he had made in Nano Holdings LLC, USA.

Also, the department said he had failed to disclose investments made by Chess Global Advisory, a company co-owned by him, which is an offence under the Black Money Act.

The I-T Department initiated prosecution against them under Section 50 of the Black Money (undisclosed foreign income and assets) and Imposition of Tax Act.

Earlier, the Magistrate had summoned the family under section 50 of the Act and directed them to appear before the court on June 25.

P Chidambaram and his family members appeared before the court on June 25 and filed a petition seeking to dispense them from personal appearance.