The bill received 99 votes in favour whereas 84 members voted against it in the upper house. 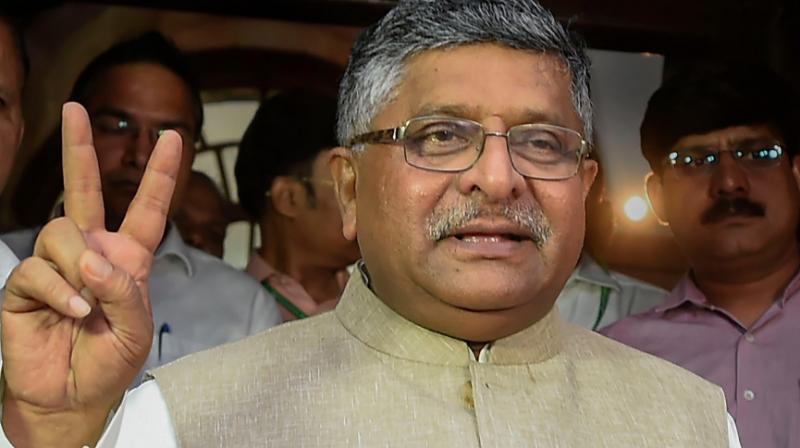 'Today is a historic day. Both the Houses have given justice to Muslim women.' Ravi Shankar Prasad said. (Photo: PTI)

New Delhi: The contentious triple talaq bill sailed through the upper house after a series of walkouts and abstentions on Tuesday.

The bill that bans the practice of instant divorce by Muslim men and seeks jail term for the guilty, received 99 votes in favour whereas 84 members voted against it in the upper house.

"Today is a historic day. Both the Houses have given justice to Muslim women. This is the beginning of a transforming India,'' Union Law Minister Ravi Shankar Prasad told ANI.

While the BJP-led NDA government advocated for criminalising the practice, the Opposition accused it of “destroying the institution of marriage.”

During the discussion on the Muslim Women (Protection of Rights on Marriage) Bill, 2019, NDA allies Janata Dal (United) and AIADMK staged a walkout and Telangana Rashtra Samithi abstained from voting.

Their absence led to the smooth passage of the bill as it brought down the strength of the 240-member Rajya Sabha and shrunk the majority mark.

Unlike lower house, where the BJP-led NDA enjoys a strong majority, its clearance in the Rajya Sabha was a tough test to clear. However, the lowered majority mark made it easier for the government to push the bill through the Rajya Sabha.

The bill was the first draft legislation tabled by the Narendra Modi government in this first session after it took the oath of office for a second term in May.